The sky’s on fire – William Ascroft

Last week you saw some of William Acroft’s Chelsea pictures, some finished pieces and some sketches. I told you how the Royal Society commissioned him to record the skies over London after the Krakatoa explosion. Before the distant apocalypse this is what he saw. 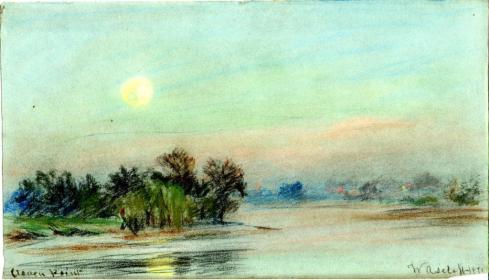 A bend in the river west of Chelsea, deep into the suburbs, by moonlight and below a view of Putney by day. 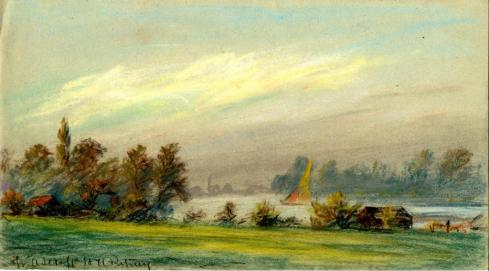 In 1880 a shooting star provides an omen of future events. 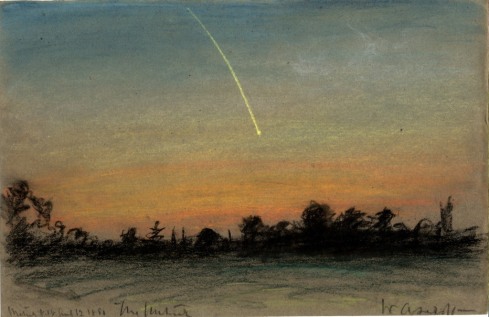 In 1883 the greatest explosion in modern times occurred. Although it was thousands of miles away the effects were global. World temperatures dropped by 1.2 degrees C. Ash and sulphur dioxide gas were flung up into the upper atmosphere to drift down across the world. Effects on weather and temperature lasted until 1888. Before colour photography the effects could only be recorded by an artist frantically scratching on paper catching what he saw before it disappeared. 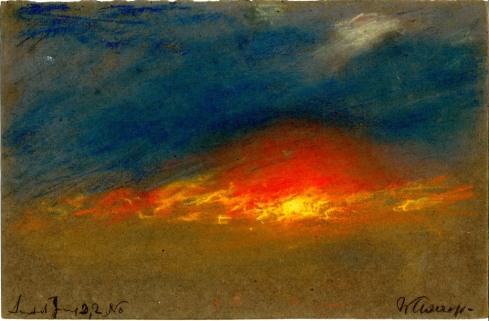 A sunset in June. Imagine William Ascroft who would have been fifty in 1883 stumbling through fields  and country lanes carrying sketch pads and paints, working by moonlight to catch those fleeting colours in the sky. 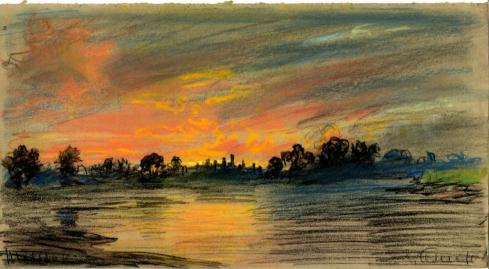 “Later. Sunset after a rainy day. No wind.” 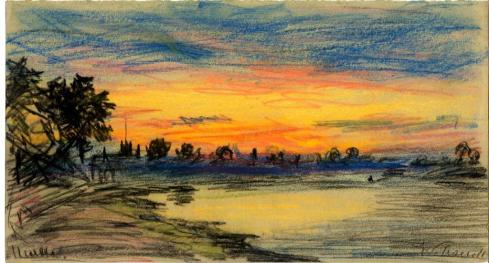 “Mortlake. Walk up riverside.”  Mortlake was some way out of London in the 1880s almost as isolated as it was when John Dee lived there. 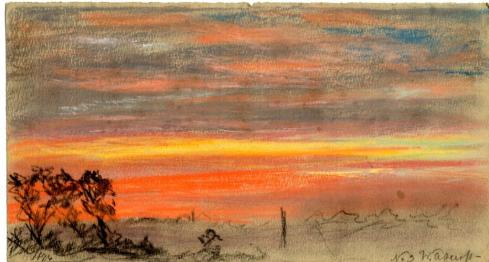 This sky study is from 1886. It must have seemed like the sky would go on burning forever. A Victorian apocalypse. 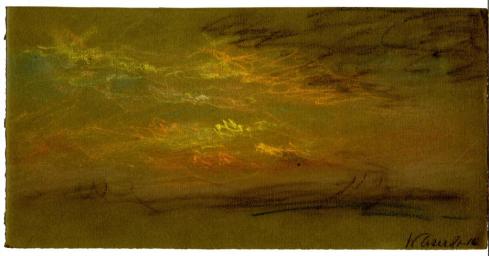 A gloomy sunrise. But in contrast to that, and the shooting star before the explosion a rainbow. 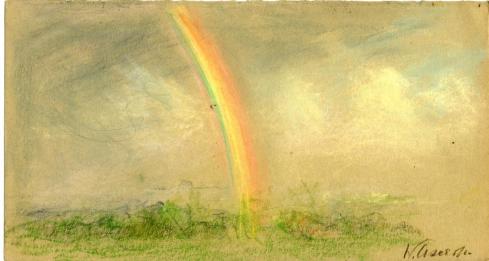 In time the weather returned to normal and the skies became calmer. Ascroft still walked along the river, now nearer sixty than fifty. 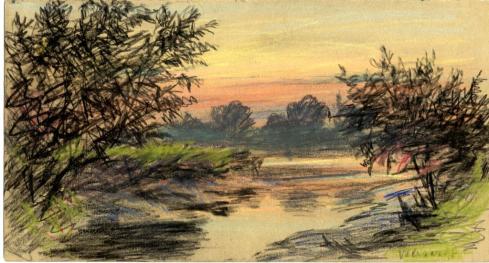 The sky studies were the unexpected culmination of his artistic career, and his main claim to a place in  the wider history of art and geography. But I think that all his work is worth remembering. 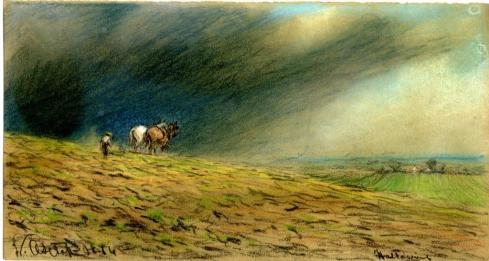 Just like a genuine blogger I am guest blogging this week at the London City Read blog on the marriage of Charles Dickens and Catherine Hogarth. Here is the link:

or the actual URL:

Kensington and Chelsea’s Dickens celebrations begin in April and I’ll be writing about Victorian topics for the whole month. You can expect the Library Time Machine to go back to Cremorne Gardens and Brompton Cemetery and a couple of other destinations.

This entry was posted on Thursday, March 15th, 2012 at 1:44 am and tagged with William Ascroft and posted in 19th Century, Chelsea, Painting. You can follow any responses to this entry through the RSS 2.0 feed.
« What were the skies like when you were young? – William Ascroft
Portobello Road in the 70s »

4 responses to “The sky’s on fire – William Ascroft”