More photographs of old Chelsea this week but these are quite different from the Hedderly pictures. In Hedderly’s day Chelsea was still a suburb. The market gardens and nurseries were still there, some of the big houses and grounds survived, and Cremorne Gardens was still going strong. Thirty years or so later Chelsea was part of the city, only a few of the nurseries were left and Cremorne was already erased, the Gardens covered with housing. The open spaces have been filled in.

You can still see many of the places in Hedderly’s pictures, Rossetti’s house, Belle Vue House, the embankment, a reasonable facsimile of the Old Church. But the remarkable thing about these pictures is that almost everything you see in them is now gone. 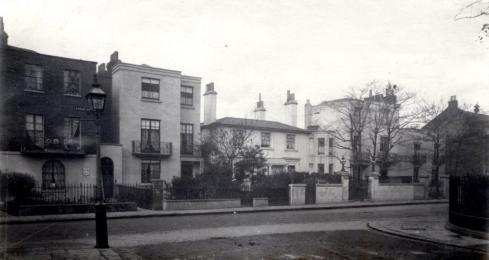 You will never look at the north side of the King’s Road from Paultons Square and see houses and gardens like these or take a walk towards Beaufort Street and see the King’s Road Forage Stores with its intriguing Steam Chaff Cutting and Crushing Mill. 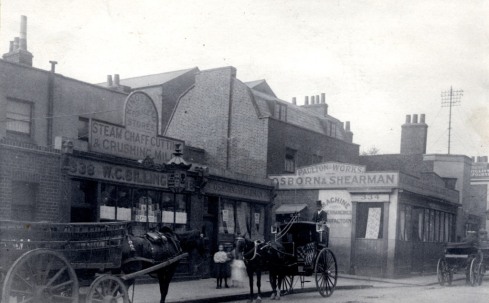 Or Osborn and Shearman’s paperhanging manufactory at numbers 332-336. Light industry was cheek by jowl with housing – turn around and look at the south side of the street 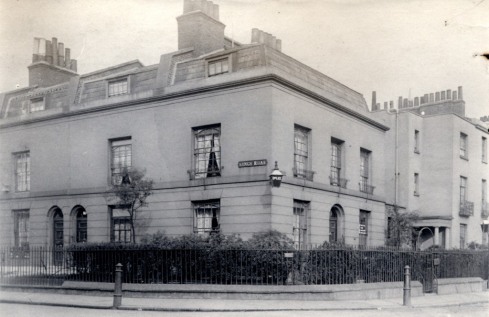 These pleasant and permanent looking dwellings on the corner of the King’s Road and Beaufort Street are also gone.

The block below looks familiar. 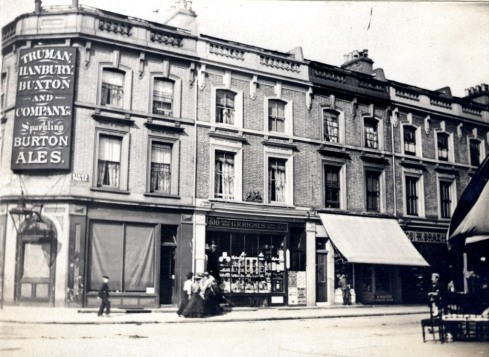 The buildings look a little like parts of the Fulham Road today but this is the corner of King’s Road and Edith Grove which looks quite different now. That woman striding along with an air of determination is walking past a missing piece of London. 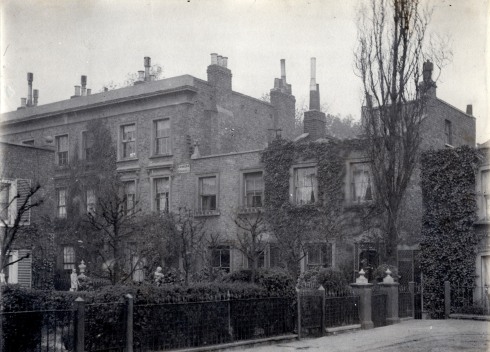 This was Camera Square, off the northern section of Beaufort Street. 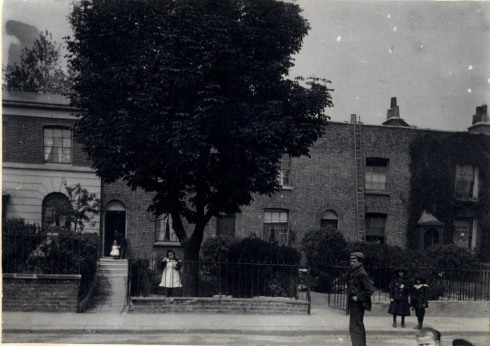 It was thought to be a bit of a slum at the time and after the Great War it was demolished and replaced by the rather more upmarket dwellings in the garden suburb style Chelsea Park Gardens.

Here is another side street off the King’s Road: 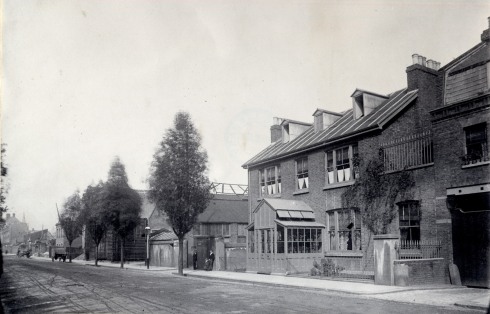 I think this is the eastern side of Manresa Road showing Wentworth Villa and Studios where several artists worked undisturbed through a large part of the 20th century. This is a view a little further down the road: 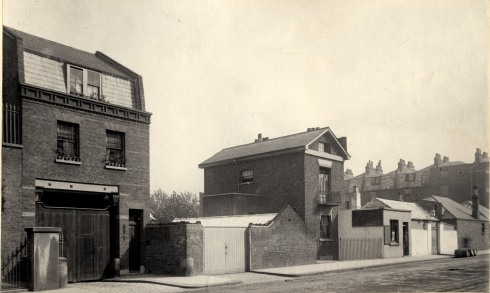 These buildings were opposite the first Chelsea Library which has survived through the years although it is no longer a library. 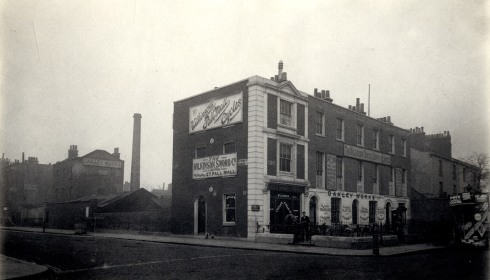 The Wilkinson Sword Company had their Oakley Works here. Just beyond it is this row of buildings: 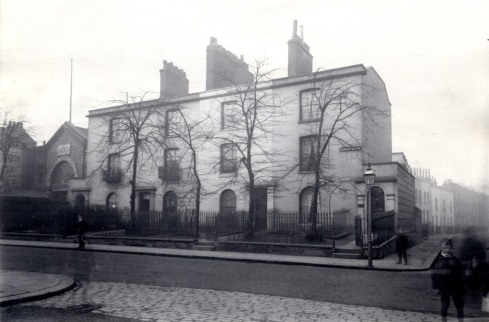 The street on the right is Upper Manor Street. Later there was a Post Office on this site.

Turn back to the south side again. This is the south section of Manor Street in 1901: 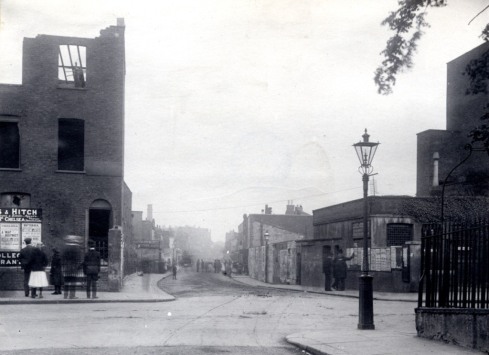 Demolition is under way. The whole street has an air of impermanence as if it hadn’t yet decided what sort of street it was going to be.

There is more than a hint of what is to come at the Sloane Square end of the road.

This picture from October 1900 shows the previous incarnation of the Peter Jones store, a building gone but definitely not forgotten.

One final place for you to go, up Sloane Street and into Sloane Terrace. 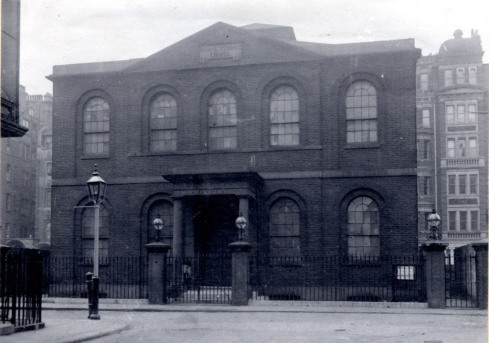 The Wesleyan Chapel, replaced by the grander Christian Science church which is now Cadogan Hall. But don’t linger, there’s something I want to show you round the corner. 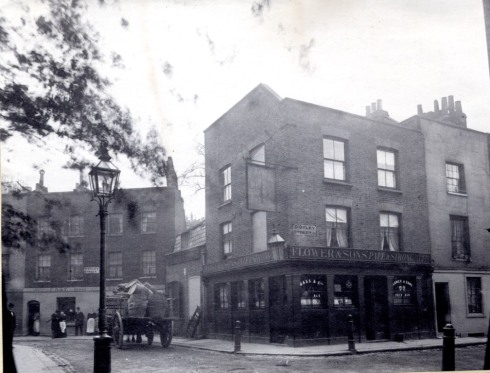 This is D’Oyley Street, and that is the Woodman Tavern. As I promised you at the start almost everything in these pictures is gone. But do you see that hanging sign? That is still with us in a library archive room, a survivor against the odds. 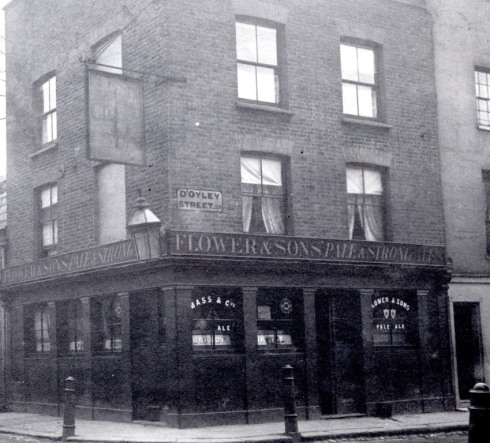 One of these days I’ll show you a close up of it as it is today.

This entry was posted on Thursday, September 13th, 2012 at 12:16 am and tagged with Camera Square, Chelsea, D'Oyley Street, King's Road, Manor Street, Manresa Road, Peter Jones, Photographs, Sydney Street, The Woodman, Wesleyan Chapel and posted in 19th Century, 20th Century, Chelsea, Forgotten buildings. You can follow any responses to this entry through the RSS 2.0 feed.
« Back to Old Church Street with Mr Hedderly
Lots Road Power Station: the glory years »