That’s entertainment: Bignell at the Palace

The King’s Road 1953. An AEC Regent bus blocks our view of Chelsea Town Hall but it is easy to see where we are on this bright autumn afternoon. The Chelsea Palace stood on the corner of Sydney Street where the Heal’s shop is today. Look closely and you can see that there’s a show called Twinkle on today. If there’s a matinee we can go in and see. 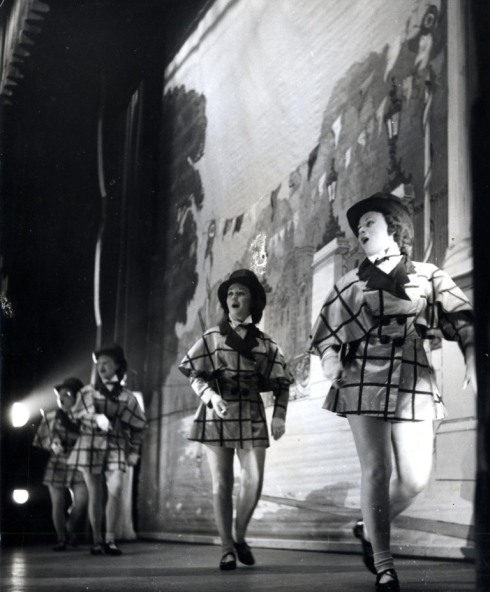 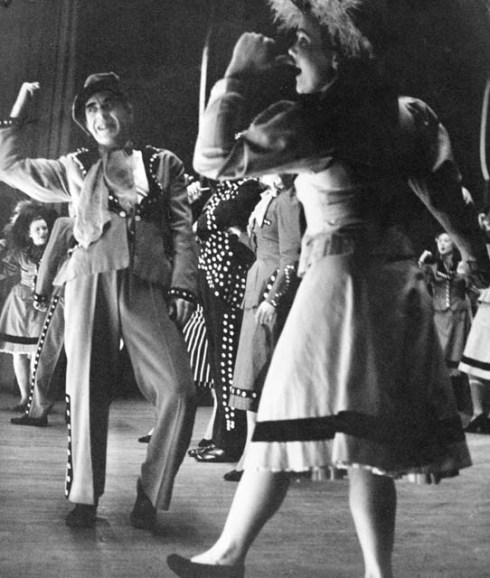 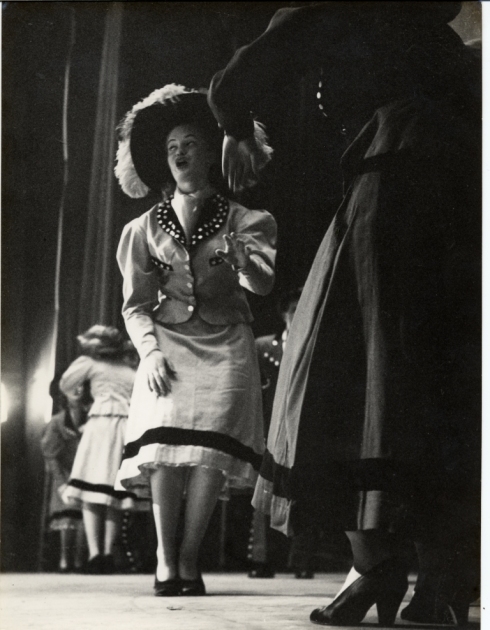 These were still the elements of a show whether it was a big production in the West End or a more downmarket affair at the Palace. The Palace had been a music hall in its time and a proper theatre which had put on plays and revues. But by the 1950s its neighbour at the other end of the King’s Road the Royal Court was the place for serious drama in Chelsea. The Palace was a variety theatre. The long decline of the music halls and variety theatres had already begun. But they were by no means dead. John Bignell was there recording what he saw with his customary eye for a good picture.

This is a different show I think a year later. It’s one of my favourites of his theatre pictures because he catches the individual personalities of the four dancers in the chorus line. The two on the left look new to the business, concentrating hard on what they’re doing. The woman next to them is older, probably a seasoned professional, not too happy to be stuck in the chorus line but trying to rise above it. What makes the picture special is the one nearest the camera. She sees her picture being taken and looks slightly embarrassed at being caught doing something as silly as this. She’s also the prettiest of course, so perhaps her wary look is also telling Bignell that she is destined for better things. Or perhaps none of this is true. Bignell has given us room to speculate.

Bignell took many more pictures at the Palace.

An enthusiastic young man singing as though rock’n’roll would never happen.

The photo below looks like publicity shot for a pantomime. The dame with another group of young women in quaint costumes:

I can’t imagine what pantomime it was though. As far as I’m concerned this past is definitely a foreign country so if anyone can tell us more I’d be grateful. Bignell didn’t always record the subjects of his pictures in great detail so we’re often left to guess exactly what’s happening.

The next two are more obvious: 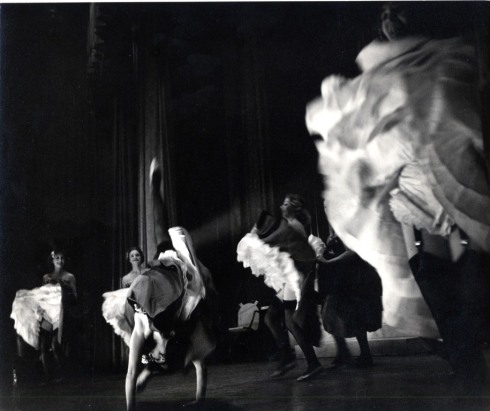 A Parisian style can-can – see the words Place Pigalle at the back.

And although I can’t tell you the name of the show you can imagine the sort of song being performed here:

I suppose the last three images could be described as slightly risqué. They were taken after 1955 around the time when Paul Raymond started putting burlesque shows on at the Palace.

See how there are fully dressed dancers at the front of the stage while topless performers stand at the rear. At this point the shows must still have been following the conventions of the Windmill Theatre where nudity was permitted so long as the performers stayed completely still. Later the scantily clad dancers moved further forward. 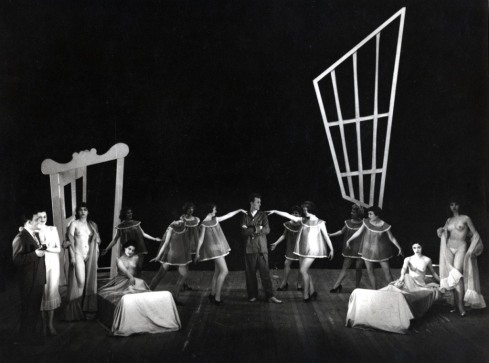 The male performers whether in pyjamas or a suit remain fully covered.

The burlesque shows were one of the ways in which the Chelsea Palace survived in a world where entertainment was dominated by cinema and television but despite the efforts of Paul Raymond and others it eventually closed as a live venue. For a short while it was used by Granada Television as its London studio. The building was demolished in 1966.

If you’ve enjoyed this trip to the Chelsea Palace we might return for some more late night entertainment so let me show you one last intriguing picture. Every so often, when looking through the collection I see a picture that makes me say “What?” This is one of those.

The only clue I can give you here is that it looks like the lady has dropped her laser rifle. Not a sentence I thought I’d ever have to write on this blog.

This entry was posted on Thursday, November 22nd, 2012 at 12:17 am and tagged with Chelsea, Chelsea Palace, entertainment, King's Road, Paul Raymond, photography and posted in 20th Century, Chelsea, John Bignell. You can follow any responses to this entry through the RSS 2.0 feed.
« Summer in the city: the last days of Hurstway Street 1969
The Chelsea painter – on the waterfront »

6 responses to “That’s entertainment: Bignell at the Palace”