New landscape: under the Westway

I was bound to write about the Westway sooner or later. There is a complex story to be told about the historical, political, economic and sociological impact of its construction. But I don’t know if I’ll ever try to write that story. When I began looking at images of the Westway (and there are have plenty of them to choose from – the novelty of the structure drew amateur and professional photographers) it was the effect on the landscape, psychological or geographical, of a mass of concrete in the air above the streets that struck me first.  A picture like the one above is an almost abstract display of shapes and curves. Only the truncated row of houses at the bottom hints at the social and physical upheaval of demolished homes and divided communities that was one of the immediate effects of the new motorway.

Here a concrete curve hovers above the rubble and earth like an airship. You can barely decode the shapes in the background (prefabs on the right, a foot bridge on the left?).

The spaces below the road look subdued, almost empty.

Just a hint of graffiti, and is that a solitary figure?

Above the parapet, the road itself still looks under populated. 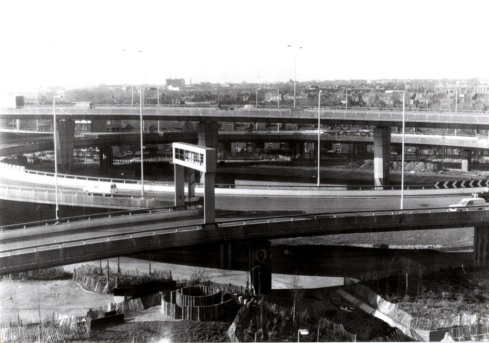 The landscape below it is getting ready for activity.

Earth moving vehicles are beginning the process of landscaping.

A canopy is erected.

People start to come and go past the empty spaces.

Traffic goes by above, moderately at first. Do buses ever go that way now? The one in the picture is not in service, on its way back to the garage probably. 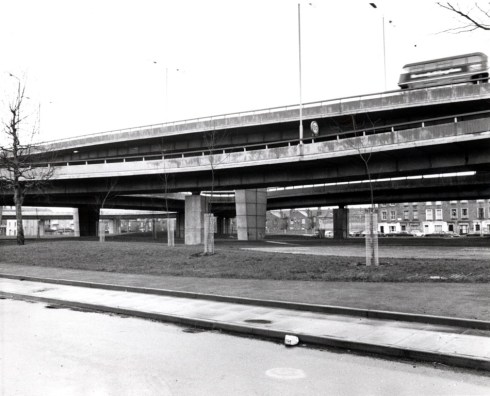 Suddenly the new zone is full of movement.

Sporting activity begins as anticipated by the planners.

A contact sheet marked up for cropping but I prefer the whole image which shows the underside of the road. Here is another shot from a contact sheet: 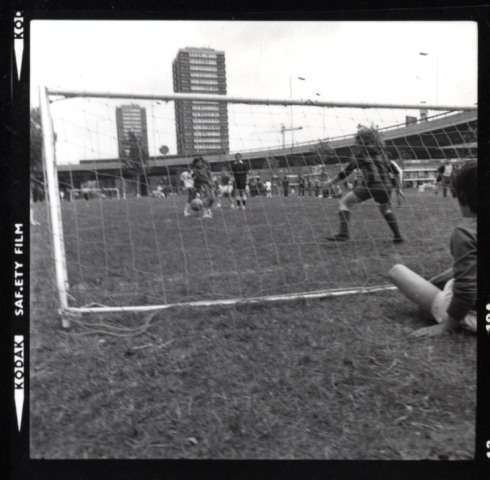 Some activity was casual.Any open patch of land would do. 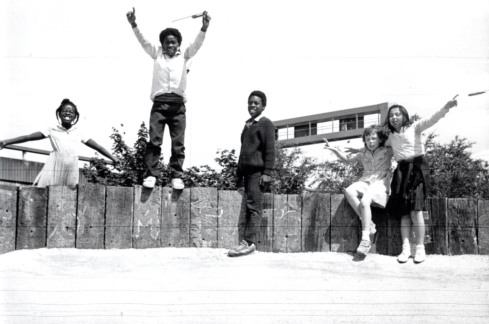 And some, in the margins of the new zone was half hidden. 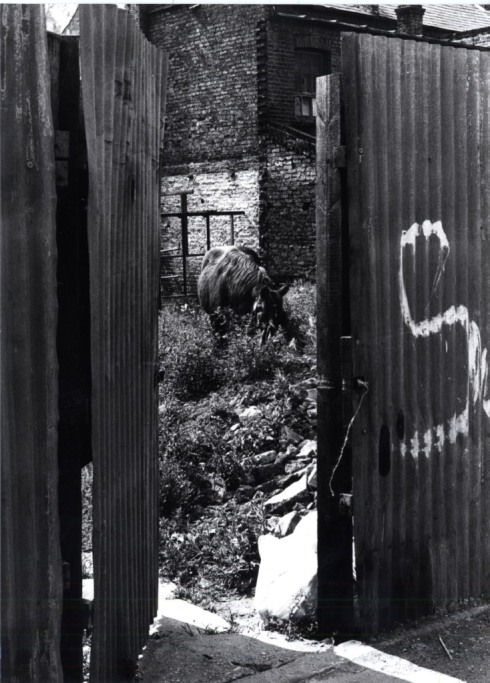 Some of these pictures come from the archive of the now sadly defunct community history group HistoryTalk. Thanks to them for all their good work over the years.

This is the third of my transport themed posts which are part of our contribution to the Cityread campaign. I hope I haven’t stretched the theme too much. I don’t know what I’m doing next week by the way.

This entry was posted on Thursday, April 18th, 2013 at 12:22 am and tagged with Westway and posted in 20th Century, North Kensington, Transport. You can follow any responses to this entry through the RSS 2.0 feed.
« Searching for the Ford Capri
London Transport: travelling in Kensington and Chelsea »

3 responses to “New landscape: under the Westway”