The history of celebrity doesn’t begin in the 1990s or the 1890s or even the 1790s. The talented, the wealthy and the infamous have been providing entertainment for the general public for centuries. But the technical advances in photojournalism which began in the late 19th century and made it possible for magazines and newspapers to publish photographs on a regular basis were the test bed for celebrity coverage in the early decades of the 20th century. Some of the subjects and techniques of this form of journalism have changed over the years but the basic themes of good looking people living fascinating lives were already there. 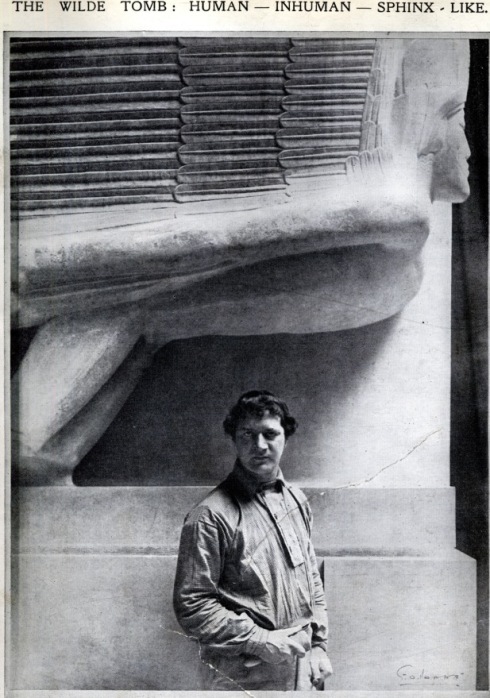 Two stories in one in 1912:the young sculptor Jacob Epstein shows off his latest creation, a memorial for Oscar Wilde, to be placed over Wilde’s grave in Pere Lachaise cemetery. In the Daily Chronicle Lewis Hird wrote: “he saw the work in his imagination complete before he touched chisel…Epstein is an Egyptian born in late Victorian days, and to him prudery and prettiness are meaningless….that vast, ageless human-inhuman sphinx-like figure, silent and solitary, grieving yet indifferent”. The moody artist was a common subject. Here is another version:

“Primitive yet strangely modern” is the headline from this 1914 story about “the famous neo-impressionist” Augustus John. The editors of  The Bystander claimed this was “the first true camera study of (this) remarkable personality”.

And don’t forget our old friend Mr Mortimer Menpes, pictured at work in his Japanese house: 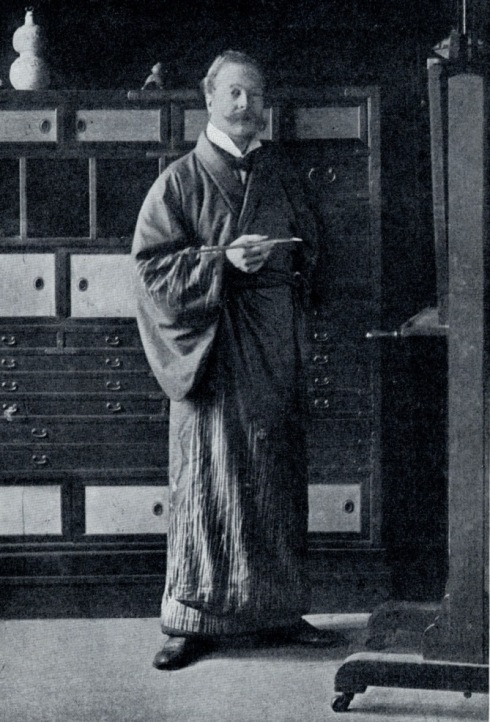 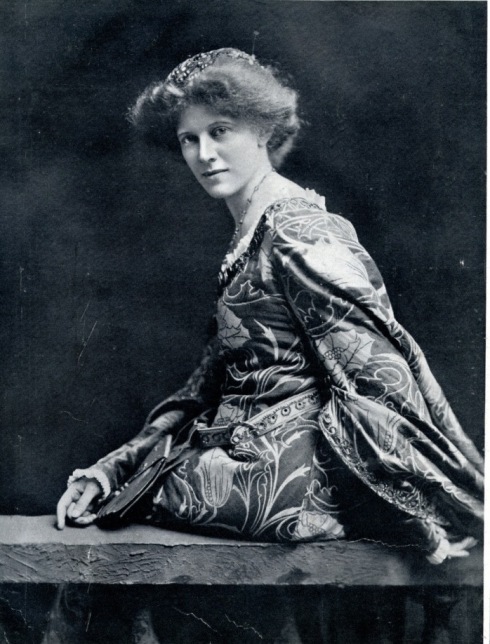 She’s in costume as Sylvia in the Two Gentlemen of Verona.

Miss Lillah McCarthy in a more modern role as Ann Whitefield in G B Shaw’s Man and Superman.

Below, another Shakespearean star of the stage:

Mrs J H Leigh as Miranda, in the Tempest.

Here she is as herself in a very decorative studio picture: 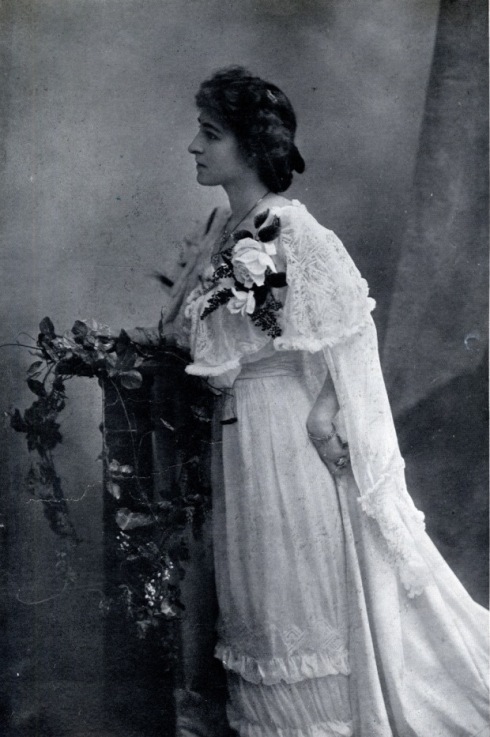 The illustrated magazines were of course also interested in their subjects at home:

Miss Eva Moore, alias Mrs E V Esmond, at home in Whitehead’s Grove with her husband. Mr Esmond admits to a liking for golf, tennis and cycling but his wife is more reticent about her pastimes at home. But the King magazine for January 28th 1905 does say of Mr and Mrs Esmond  that “a more charming host and hostess would be difficult to find”. It’s an early form of the Hello style of visit to a celbrity home.

It’s just a short step from actresses at home to society beauties in their own beautiful establishments.

Lady Margaret Sackville in her garden at Chelsea. Lady Margaret “has started a toy industry in Chelsea which is so successful that it leaves no time for the writing of poems, at which Lady Margaret excels”. Fortunately, there was a little time in the day for sitting by fountains. (Lady Margarert has adopted a form of rustic or artistic dress, which definitely makes the picture more charming)

A few years later another photogenic young woman was writing a novel:

Vivandiere was a romance set in the Napoleonic Wars. Miss Gaye got the idea after attending the Chelsea Arts Ball in a costume of the period. She looks introspective and thoughtful in this picture but rather more glamorous in this one from 1929:

Her novel had been praised by Arnold Bennett and was becoming a best seller according to the Sketch. Miss Gaye went on to write several more novels and biographies.

Another high achieving lady of 1929:

Lady Maud Hoare, wife of the Air Minister and MP for Chelsea. She had gone with her husband on a 12000 mile round trip to inaugurate the London-Cairo-Delhi air service apparently the first woman to travel so far by air, for which she was made a Dame of the British Empire.

We started with a sculptor so we’ll finish with one too. 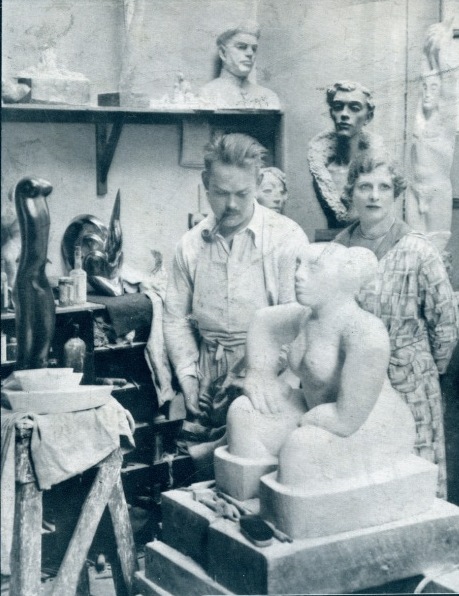 Mr Maurice Lambert and his wife Olga. Note the bust of Stephen Tennant (one of the most  prominent of the bright young things and apparently the model for Sebastian Flyte in Brideshead Revisited) on the shelf behind them. Lambert was the brother of the composer Constant Lambert who was the father of Kit Lambert the first manager of the Who. That brings us more or less to the modern age of celebrity which is another story altogether.