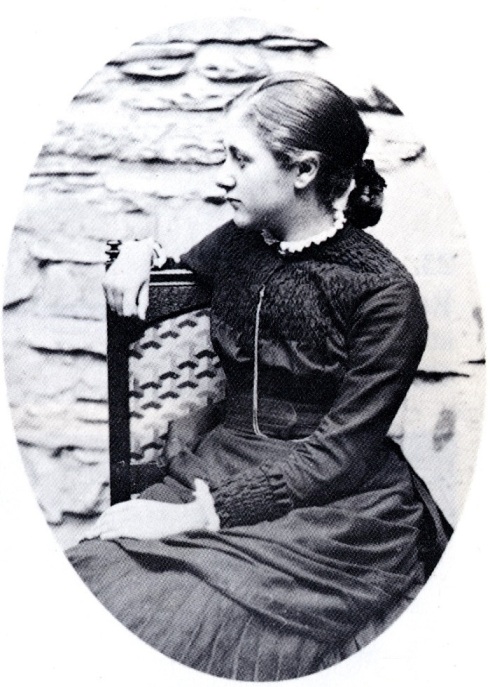 Today’s post arises from one picture.  We know about the fact that Beatrix Potter lived on the Old Brompton Road when she was growing up in a house in a section of the road called Bolton Gardens. And we know the site is now occupied by Bousfield School and that there is a marker on the exterior wall of the school commemorating the fact that she lived there. But I for one had never seen a picture of the house until I came across this photo in the the Selwyn Papers.

You can see that Mr Selwyn has marked up the photo with the house numbers. Now unfortunately for my purposes the young Miss Potter lived at number 2 which is only just visible. However, you can also see that number 2 looks like it was a mirror image of number 3 so you can probably fill in the rest from your imagination. Personally I found the picture fascinating. It’s now easy to picture the young Beatrix making her way from left to right in this picture perhaps on her way to Brompton Cemetery, where she is supposed to have noted down names from the gravestones – Jeremiah Fisher, Mr Tod, Peter Rabett (bit of a long shot that one) – for later use as character names.

Although there are many similar houses in the area there is something about the fact that this is the one, where the young Beatrix lived and kept a diary. The picture below is her, her father and brother in the Lake District.

She lived at 2 Bolton Gardens for more than forty years. Although she had friends in London, visited art galleries, lived a normal middle class life, you suspect her heart was in the country. She would have seen something of the old Brompton being absorbed into the city, which is probably why she spent time in the Cemetery.

Sorry, a bit late tonight. We were watching Elementary.

This entry was posted on Tuesday, December 23rd, 2014 at 10:08 pm and tagged with Beatrix Potter, Bolton Gardens, Bousfield School, Brompton, Brompton Cemetery and posted in 19th Century, Brompton. You can follow any responses to this entry through the RSS 2.0 feed.
« Christmas Days: A street in Kensington
Christmas Days: a little bit of Bignell »