You get an bonus post this week, because I was invited to the May Monarch Festival at Whitelands College last Saturday. I was able to attend the new Monarch investiture and see the procession of former May Queens and Kings (just a handful of  kings as yet). I thought I would share some pictures with you so you can see the day in colour, quite a different perspective from the monochrome pictures of the early days.

The first queen I met was Queen Noreen (1955) seen below with a  later queen, Queen Kate.

The College had helpfully put up plenty of pictures around the corridors of the building where I found a picture of Queen Noreen in 1955 at the Putney home of the College: 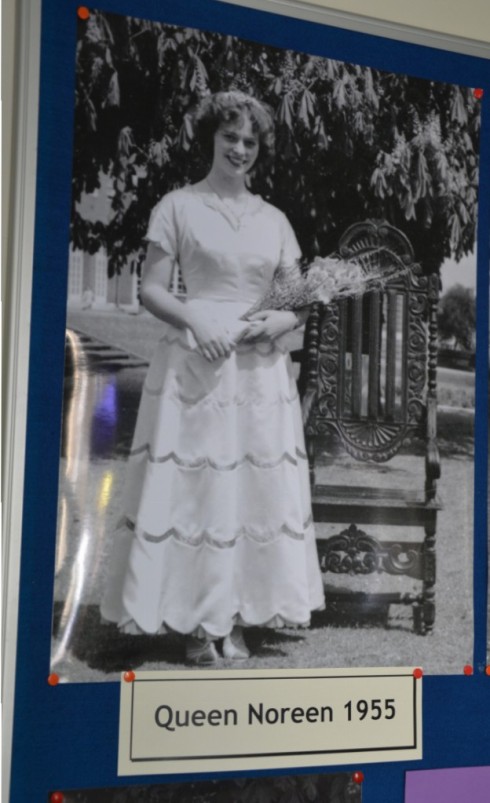 And some more recent holders of the office, Queen Natalie, in brown and Queen Kate in blue. 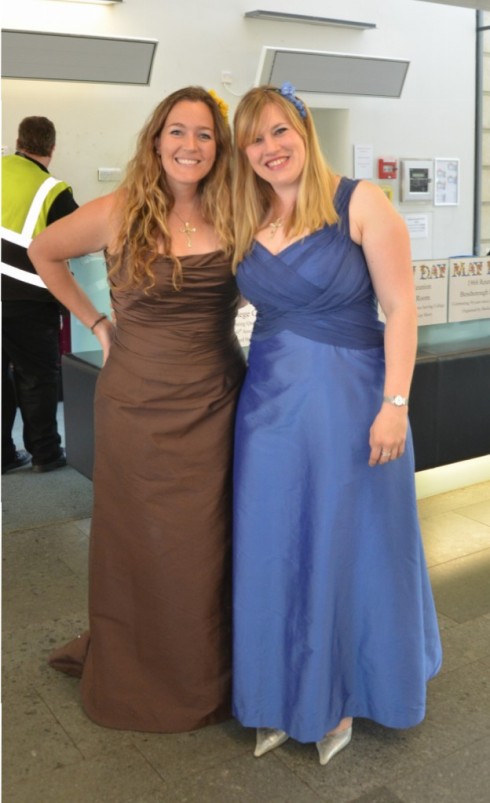 There were about 30 former Queens, and a couple of former Kings at the ceremony. The picture echoes the many group pictures of former queens I’ve seen in my research.

In this picture you can see the outgoing queen, Queen Elle sat on the throne while the new Monarch King Qusai (apparently also known by his nickname Q) awaiting his investiture.

Q is the first Muslim Monarch as far as I know.  The head of the College made a joke referring to the James Bond character Q but I was thinking of the Star Trek character Q, who would have beeen a natural ruler though probably hard to depose. The actual King made a brief but impassioned speech and the charity he will be supporting in his year as King,  Warchild. 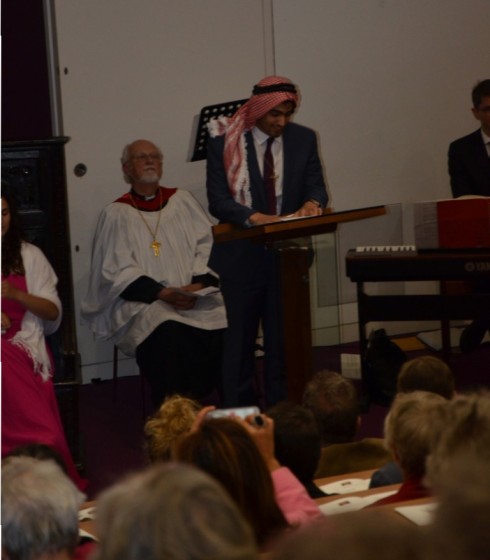 Presentations were made to some of the former queens, and with the new King invested, a group of Morris Dancers led the group out into the spacious grounds at the rear of the college which look out into Richmond Park.

The dancers are a reminder of the old English and pagan elements to May Day which exist alongside the Anglican ceremony. 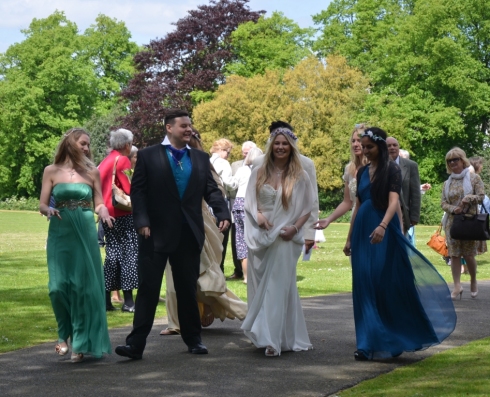 It was a fascinating  morning and a chance to link everything I’ve learned about the May Queen Festival in its Chelsea days with the continuing history of the College and the Festival. 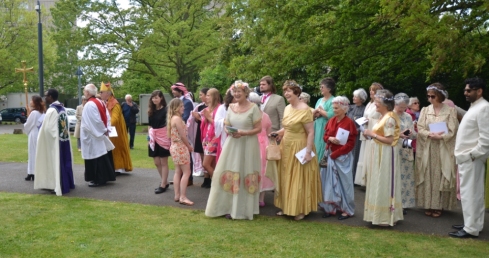 My thanks to Gilly King, Whitelands College and the University of Roehampton for my invitation.

There will be a more or less normal post at the usual time next week.

This entry was posted on Saturday, May 23rd, 2015 at 3:42 pm and tagged with May Queen, Whitelands College and posted in 20th Century, 21st Century. You can follow any responses to this entry through the RSS 2.0 feed.
« A meal you can shake hands with in the dark: the Arts Club Ball
18th Century escapades: Evelina and Fanny »