First, a little bit of colour: 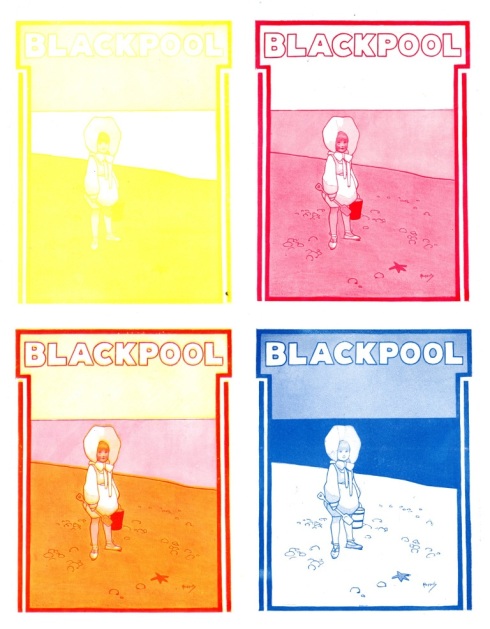 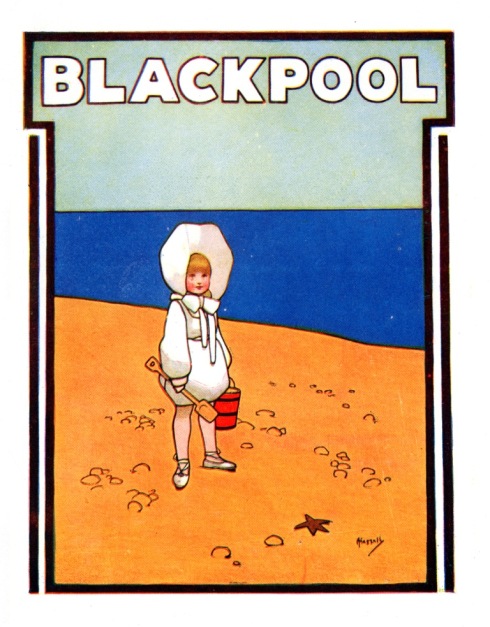 After becoming interested in John Hassall it was pointed out to me by my friend Carrie that we had some material from Hassall’s correspondence school in what we call the manuscript collection – many shelves of identical cardboard boxes, most of which contain deeds and other legal documents, but some of which have Local Studies gold. I’ve used some examples before (like this one) . In this case in one plain box was a set of lessons for Hassall’s students of art and design.

Some of the lesson sheets are concerned with basic elements

Tickling the fancy of Mr Everyman.

Or cartooning dogs and chicks: 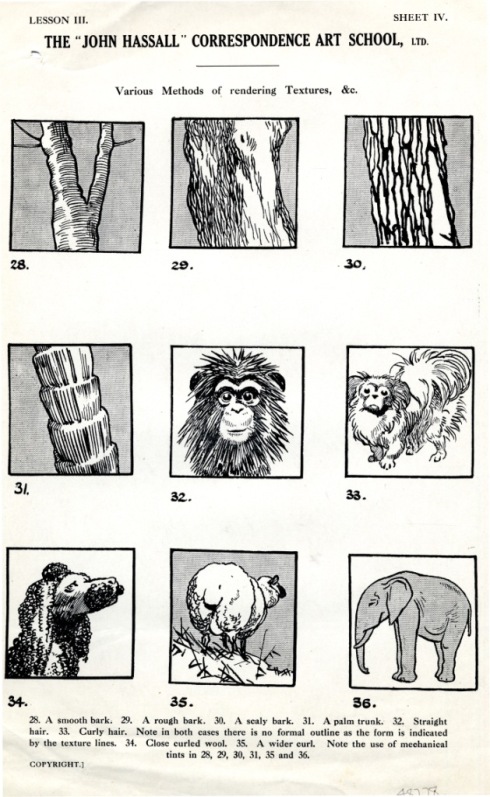 And using different materials as in this “Charcoal Girl”. 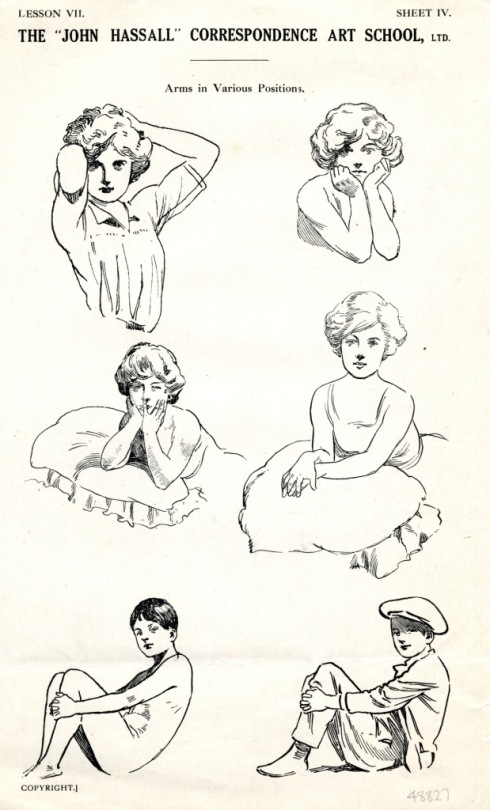 On the surface, and within:

Whether a big, grand subject,

or a small one:

As he states, Hassall used his own works as examples: 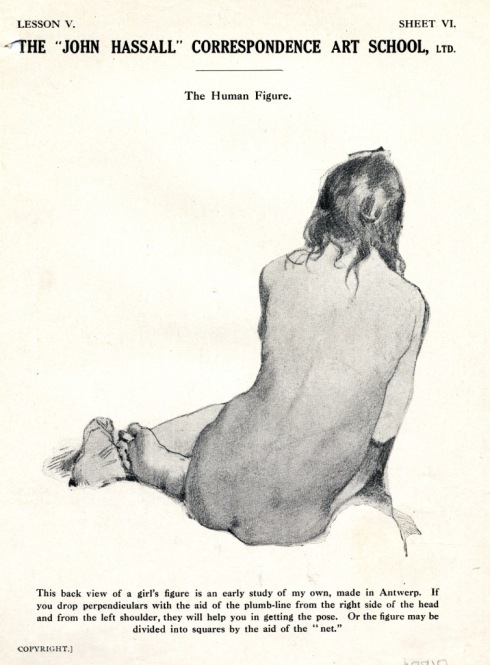 Compare it with a published version 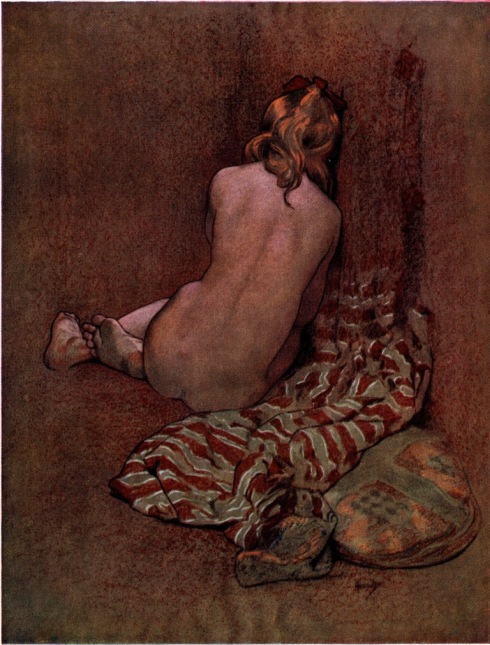 He also looked at parody. Do you remember the vacuum cleaner poster from the first post?

He has reversed the subject of the cartoon to show it can be used in a number of ways.

Culminating in one of those pre-humorous Punch cartoons.

As well as these sheets, there was a great deal of text for the students all on duplicated type-written sheets, and comments in letter form like this one:

So the students got their money’s worth. Instructions, and personalised feedback, with practical advice on getting work as an illustrator.

I don’t know how many of them went on to equal, or surpass the master.

John Hassall remains an intruiging artist, poised as many are between commerce and art. But he was a man with a vision, demonstrated here with this a realistic slant on a classic tale.

The Pied Piper leans casually against a tree like a steward marshalling a crowd. They could be evacuees.  I can’t say whether this image was connected:

We started with colour, so let’s end with another colourful image from the theatre:

I mentioned our Great War website http://www.kcworldwar1.org.uk in the first post about Hassall and one or two of you went to have a look. So I’m mentioning it again – new material is being posted regularly by my colleague Lucy Yates who will be guest blogging here soon.

This entry was posted on Thursday, June 25th, 2015 at 12:01 am and tagged with advertising, art school, John Hassall and posted in 20th Century, Kensington. You can follow any responses to this entry through the RSS 2.0 feed.
« Dreams of the Westway 3: The view from the high rise
Along the Promenade: Kensington High Street »