The dead magpie, and other garden mysteries

A couple of weeks ago, sitting on the bench I thought I saw  through the trees at the opposite edge of the garden the distinctive black and white colouring of a magpie. It had been weeks since I last saw one, well before the hot spell. That one had been dead. I took several photos of the corpse like a corvid CSI, marvelling at the blue green colours in the black feathers. Had a cat got lucky? There was one prowling around in the distance looking suspicious. But then cats always look as if they’re up to no good. It’s a predator thing. The magpie was stiff, so was probably not a recent kill. 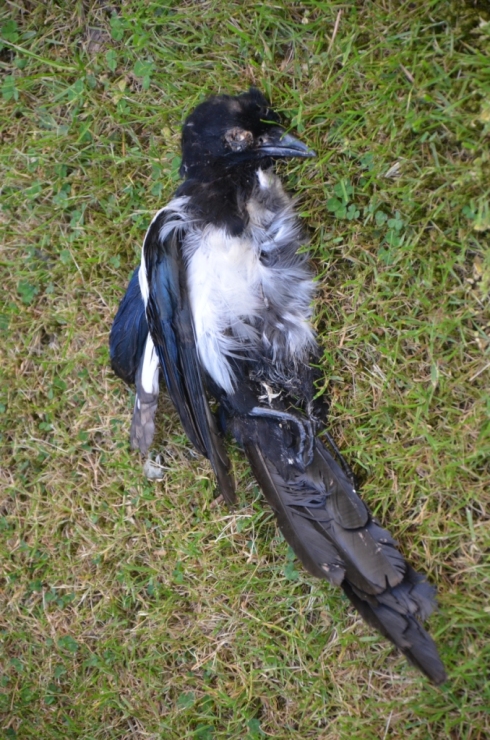 I wondered if the crows had something to do with it. They had been the exclusive masters of the garden before the magpies came. During the spring I had often counted magpies and recited that familiar rhyme to myself, once getting as far as seven. After the death the magpies disappeared just as if they couldn’t stand to be where their fellow had died. Two of the crows strutted around as if the magpie spring had never happened. 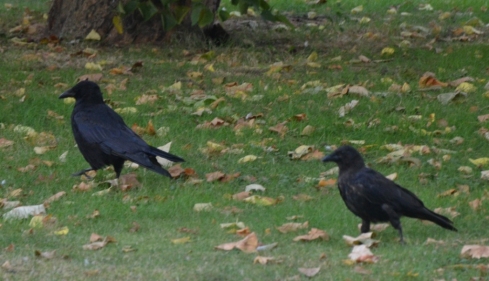 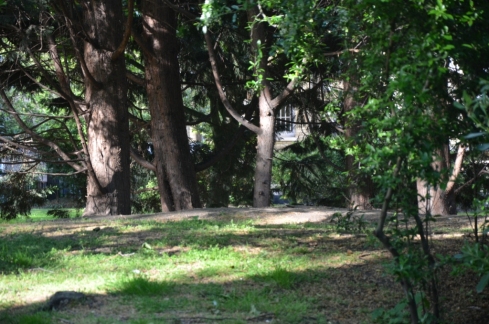 Of course the magpies could have just moved on somewhere else as the weather got hotter. I hadn’t seen any of the green birds (feral parakeets, now natives of west London) for a while either. The wood pigeons carried on regardless with their usual business. These are not your standard London pigeons – the rats with wings. The wood pigeon is cleaner, sleeker, a bit larger, with a longer and more curved beak. A lot more middle class than the standard winged urban scavenger. They prefer big gardens and tall trees as found in a large communal garden. 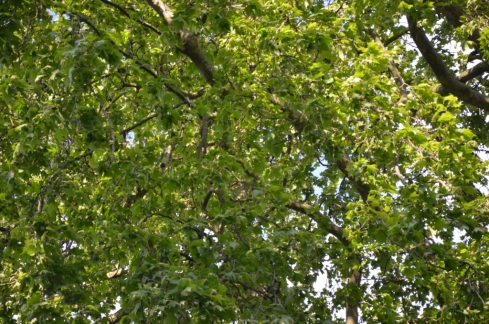 The garden is a large rectangle with housing blocks on the two long sides surrounded on three sides by more blocks. A single tower faces the main road. There was bomb damage during the war and many of the old late Victorian apartment blocks were replaced with modern versions in the 1970s. A single detached house (a forgotten building if ever there was one) was demolished in the 60s to make way for the tower.

The garden is what remains of a large estate which is called a Park on early maps. The trees are tall, as tall as the blocks except for some recent plantings (a big tree went down in October 1987) and an old mulberry tree thought to be the remains of a failed 18th century silk production scheme. (Every mulberry tree in Chelsea is attributed to the same venture – apparently one of the reasons the plan failed is that the trees were the wrong kind of mulberry and turned out to be repugnant to silk worms).

There is some evidence of former landscaping in the form of half-buried stone borders. 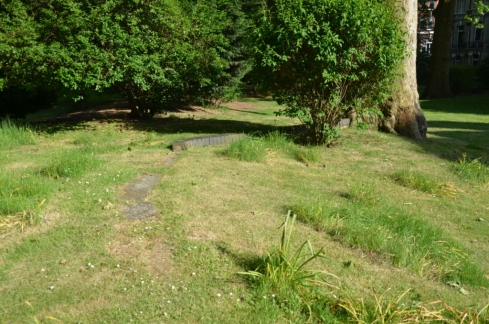 And then there are the drain pipes. 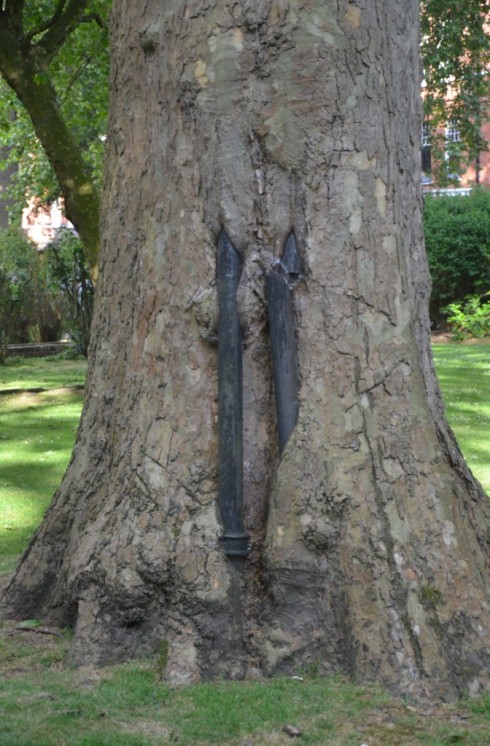 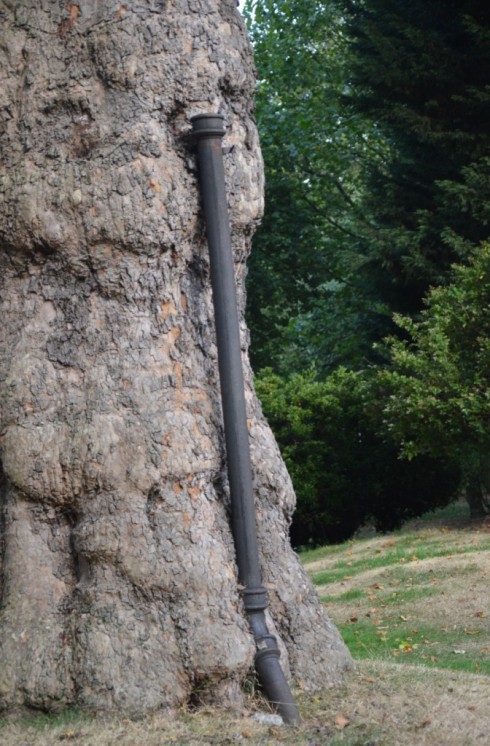 Three of the large trees have drain pipes embedded in them, almost absorbed into the bark. Why do trees need drain pipes?

Now about that forgotten building… 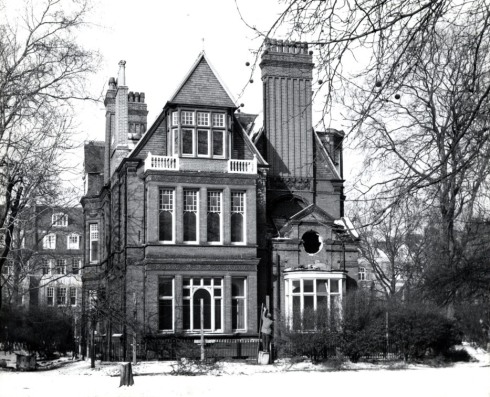 This single mansion built in 1884 was demolished in 1965 although I think these photographs were taken in the winter of 1963, possibly by John Bignell. 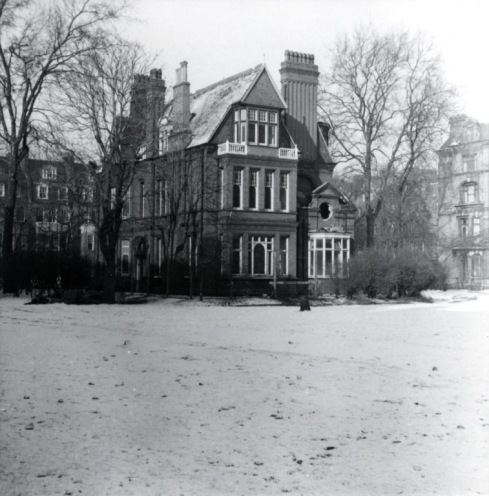 There’s some snow on the ground 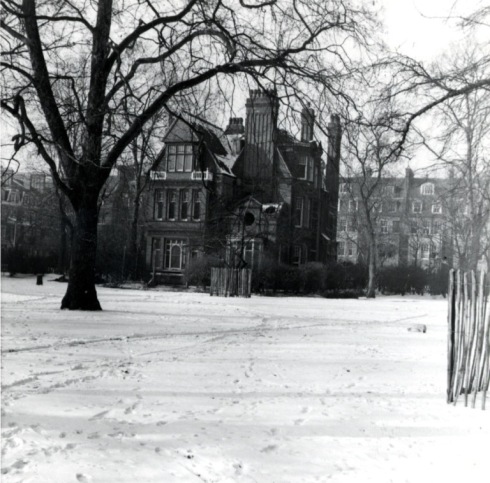 That tree is still there. It all looks a bit Dickensian. 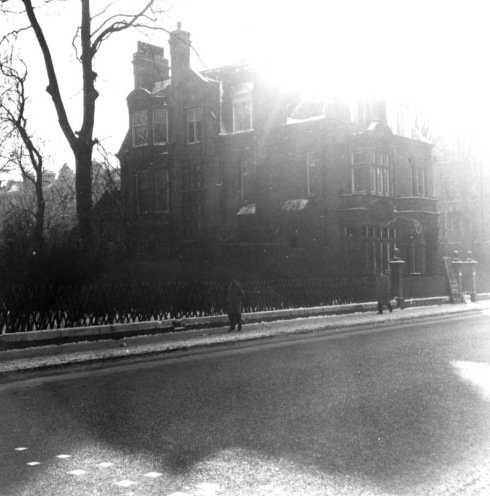 On the main road a couple of pedestrians trudge through the slush. 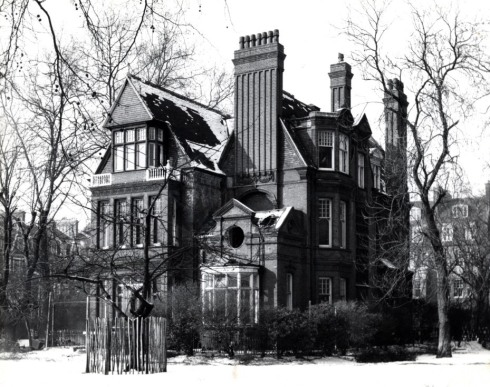 It was a fairly grand residence. 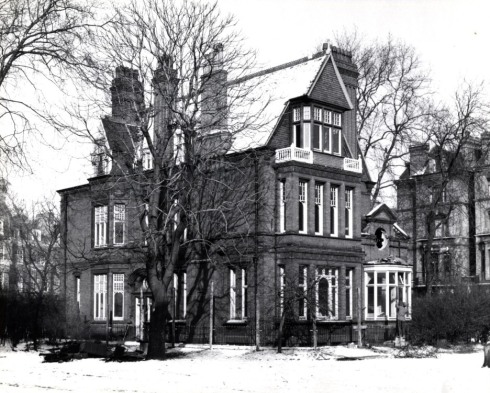 Another feature of the modern garden is the occasional feature which indicate what lies below, small.. 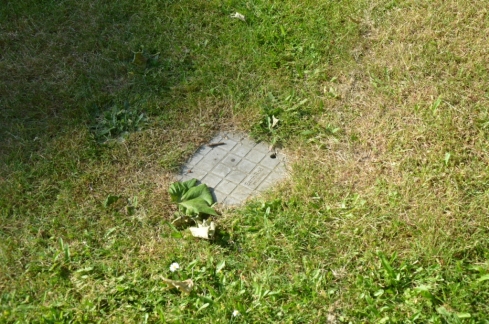 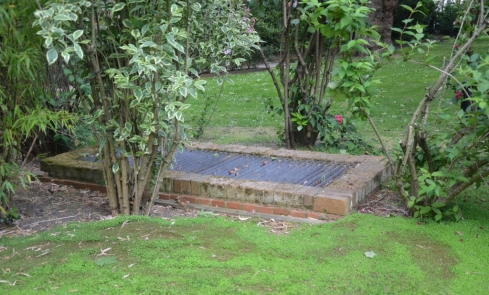 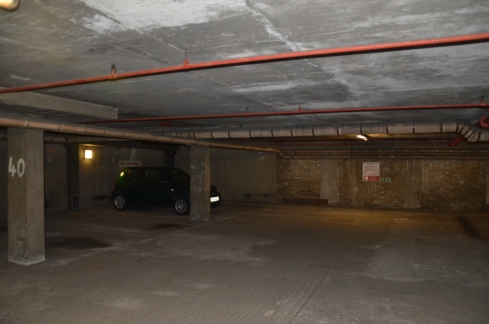 Hot water pipes run through them meaning  that snow never lingers too long in the garden.

Long ago when the garden was a Park another house sat among the trees. 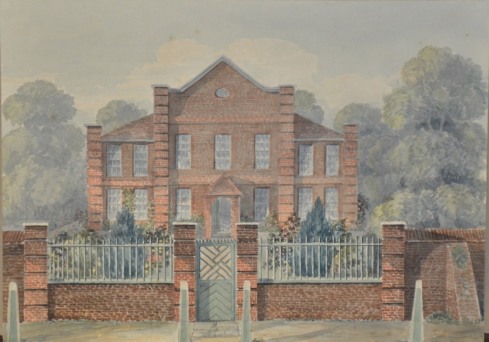 It was painted by our old friend Marianne Rush.[link] [link]

This is another summer vacation post so there wasn’t much research involved. Those pictures which may or may not have been taken by John Bignell have not been seen much. The colour pictures are by me.

This entry was posted on Thursday, August 13th, 2015 at 12:37 am and tagged with John Bignell, Marianne Rush, photography and posted in 19th Century, 20th Century, 21st Century, Chelsea, Forgotten buildings, John Bignell. You can follow any responses to this entry through the RSS 2.0 feed.
« Thomson and Barrie: The admirable Crichton
Old Chelsea – more photographs from the Miscellany »

6 responses to “The dead magpie, and other garden mysteries”