Bignell’s travels: back streets and backwaters

We’re back with some more of John Bignell’s pictures from a box he labelled “rural London”. Some of them are not all that rural as we will see but some of them fit that description exactly: 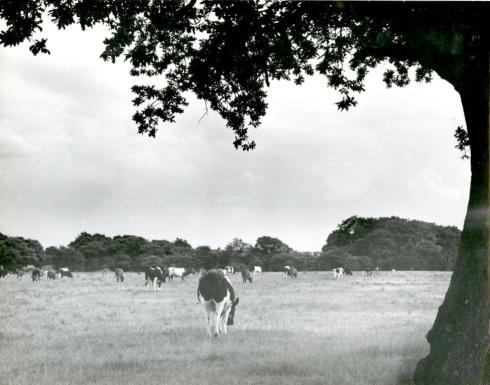 Wanstead Flats according to Bignell’s writing on the back, about as rural as you get, and very far from Bignell’s usual subject matter. I’m dating it at about…..

Bignell strayed an even greater distance from London on some occasions. This is from a box marked “Stansted”. 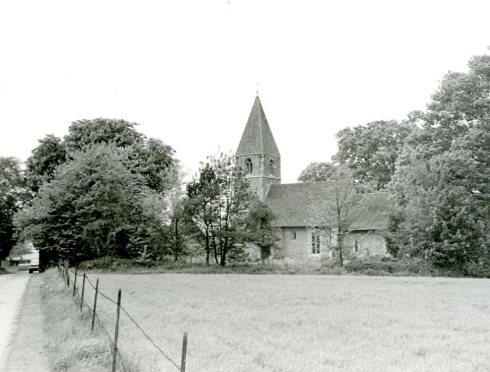 A distinctly rural view with a country lane and a modest church. On the back of the print it says Chickney so the church may be St Mary’s. The village is a few mile away from the airport in Essex.

This is from the same set, a colour picture of Thaxted, only 20 minutes or so by bus away from the same airport. Bignell may have been here as the first stirrings of protest against London’s third airport were beginning. (Or not. I confess to a lack of knowledge of airport history). The parish church at any rate has an impressive spire. 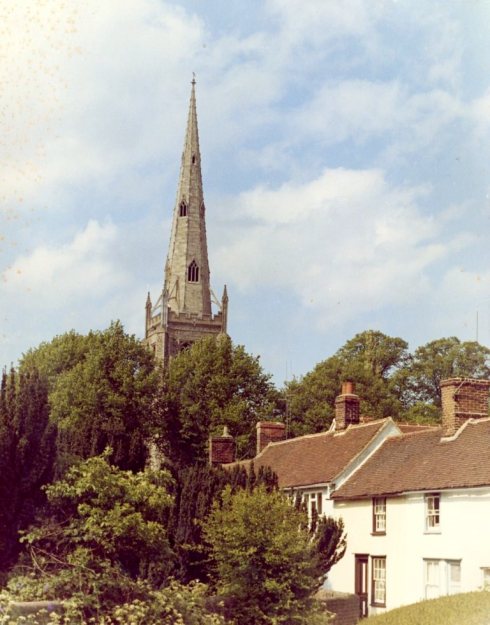 This grand house was in the same general area but Bignell wrote nothing on the back. Can any Essex experts help?

He liked the view so much he tried a black and white version.

The next two pictures are also way off Bignell’s usual patch  but still in London, in Leytonstone Village.

A luxuriant garden and an overgrown lane. The woman sits just inside for a better view of whatever goes by. Below,perhaps nearby a slightly more urban street in the same area. The chimney cleaner’s wife enters her house perhaps smiling at Bignell while an elegant young woman walks by.

I think Bignell was a city boy at heart. There are quite a few urban pictures in the box. 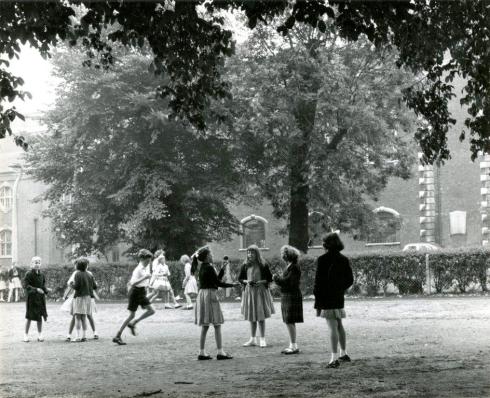 We saw those girls here, playing balls games, while that running boy tires himself out.

The church, once you can see it clearly is Holy Trinity, Clapham Common, not as I originally thought.

Others are content to walk, as in these pictures of Ebury Mews West in the Pimlico area. This group walk or ride for work. 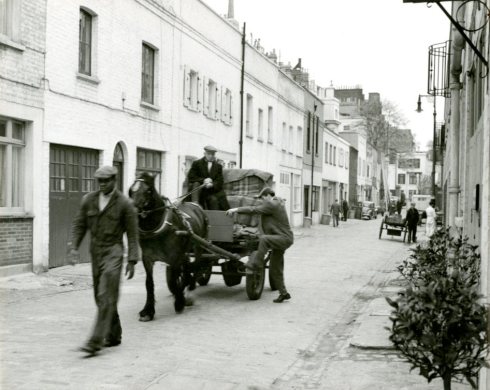 While this man in a suit strolls along, hands in pockets,  minding his own business.

I featured one of these atmospheric pictures in the post called Bignell’s world of the strange. But it’s worth looking at the whole series.

They depict an odd little enclave off a side street in Westminster, Carlton Mews, shadowed and lonely.

Do you dare enter? 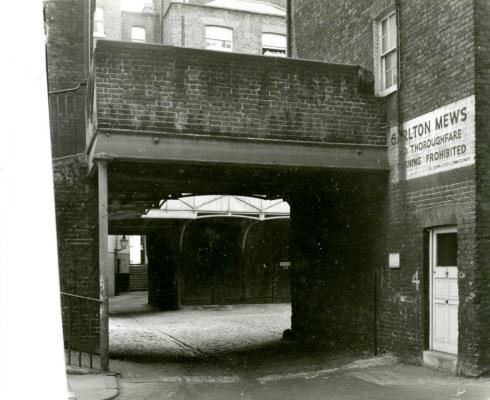 “Turning prohibited.” There seems to be a way up to an elevated section, a little street above the mews area, a little dilapidated.

With a solitary figure walking by. As i noted before it would be a suitable setting for a supernatural story to begin. ” I went toa rotting mews in an old part of London where a book dealer claimed to have a copy of……” 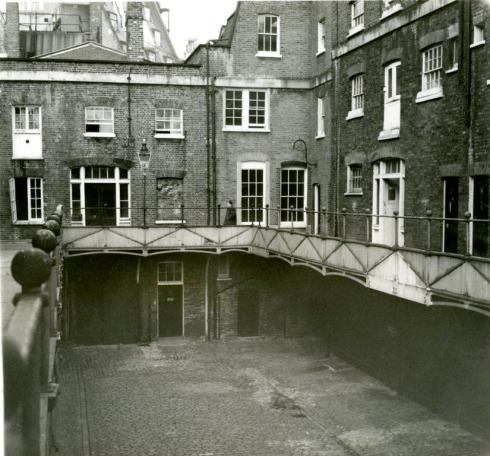 Let’s not go there, it’s not Halloween.

After that gloomy spot we’re better off outside, somewhere like leafy Dulwich.

Behind a wall a pleasant old house basking in sunlight.

Like those pictures of Wimbledon, this week’s pictures simply show Bignell on the move, capturing moments in little corners of London. It’s something we all try to do from time to time, with mixed results, especially in these digital days when you can just point and shoot. Bignell needed to do most of the composition before he took the picture, so he got it right more often than an amateur would. But photography is a democratic art form and we all score a few goals by pressing the button at the right moment. Controlling the moment is the thing.

Postscript to the postscript

This entry was posted on Thursday, April 27th, 2017 at 6:50 am and tagged with Essex, John Bignell and posted in 20th Century, John Bignell, London. You can follow any responses to this entry through the RSS 2.0 feed.
« Forgotten buildings: the lock house
May Queens of Whitelands – the players »

5 responses to “Bignell’s travels: back streets and backwaters”