Christmas Days: underground and round about

As we’re nearing the end of the year, and possibly the end of  my tether, today’s post is mostly photographs, the work of that obscure photographer Dave Walker. These pictures were taken in 2014, so they’re already history, when Kensington Library was undergoing some building work intended to keep it going in the 21st century. The front of house refurbishments had been done in 2012-2013 but the infrastructure of the building needed some work. Armed with a new camera I took hundreds of pictures over two or three years, some of them useful for documenting the changes, which included considerable work in the two basements, others more whimsical, because I liked the process and the materials. 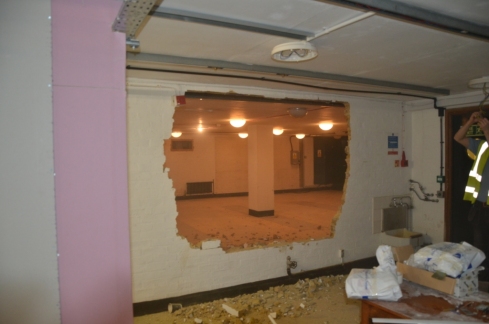 Like this one, seconds after the wall of the old archive room B08 started being knocked down, by the low tech method of hitting it with a big hammer. I loved the colour of the inside, where brick dust is still floating around and the lights are glowing through a kind of mist.

Cables like the one here, hung in the air as the wall they had been attached to disappeared. 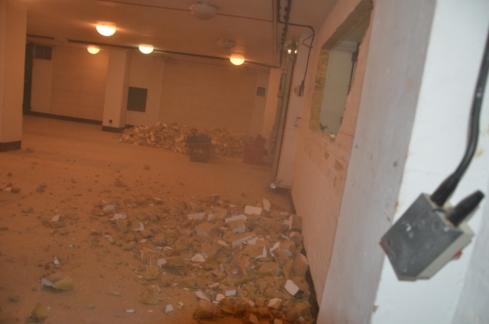 Empty rooms were another feature of the work. 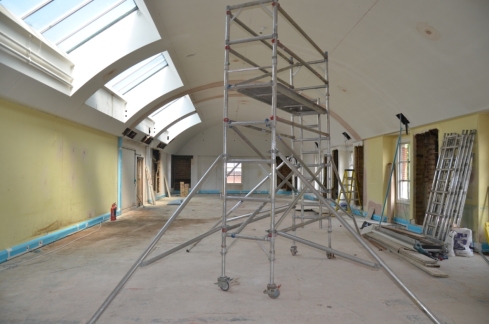 This one is at the opposite vertical extent of the building from the basement.

And back to the sub-basement. 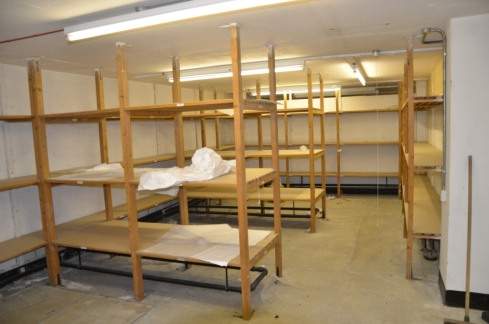 Note the sign on the door. The asbestos cubicle (the other door said Clean) (I don’t think they found any by the way.) 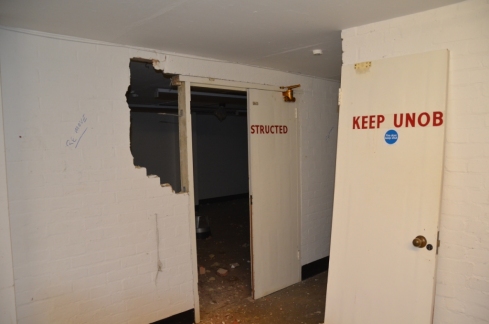 And quirky close- up views. 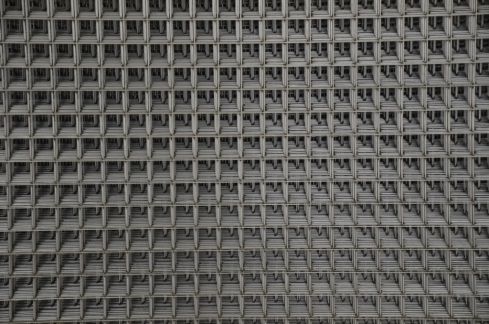 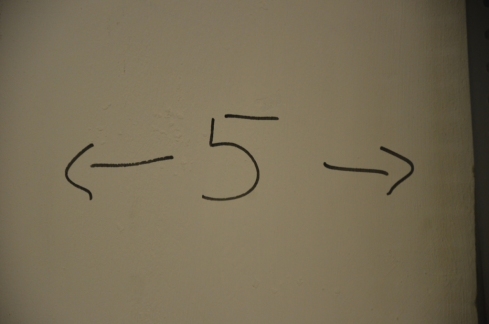 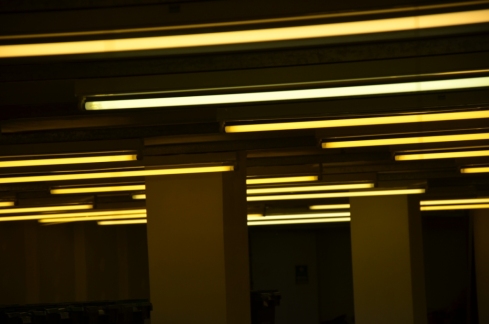 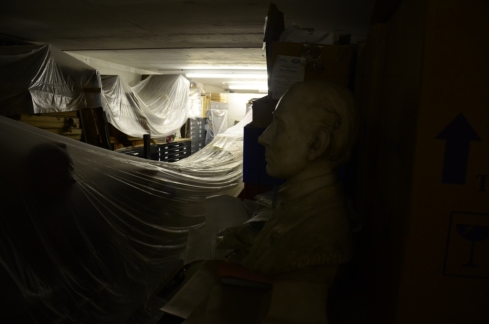 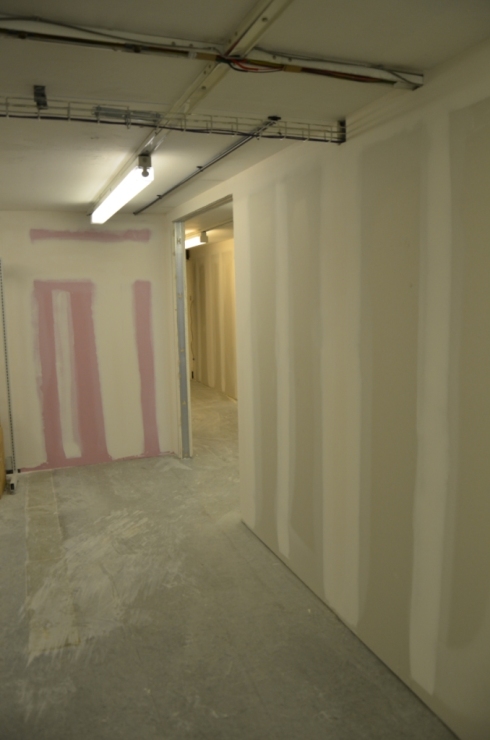 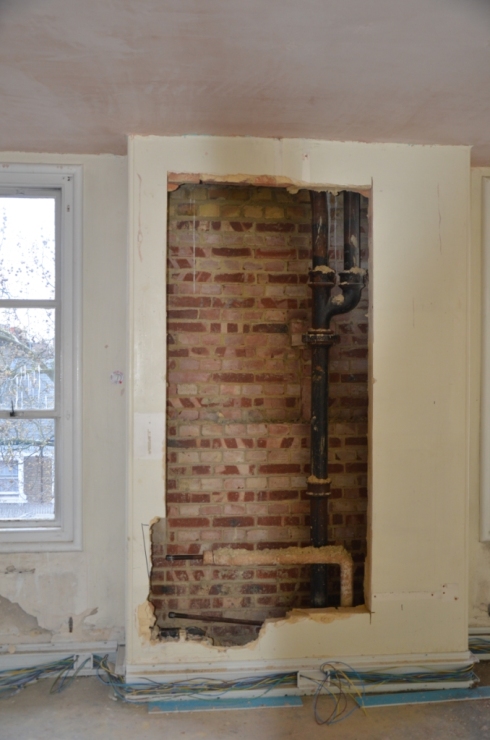 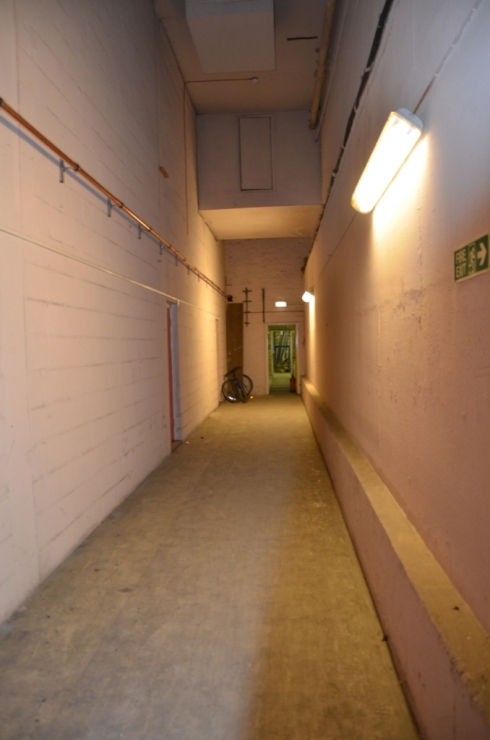 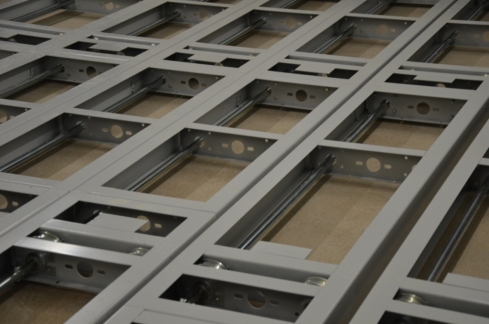 I did get out from time to time that year. 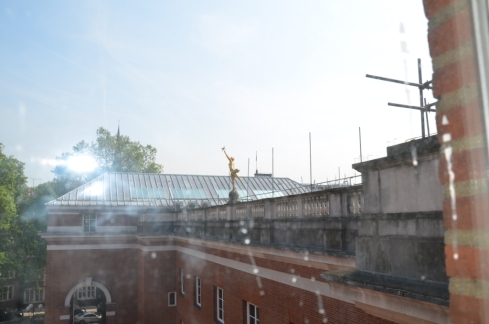 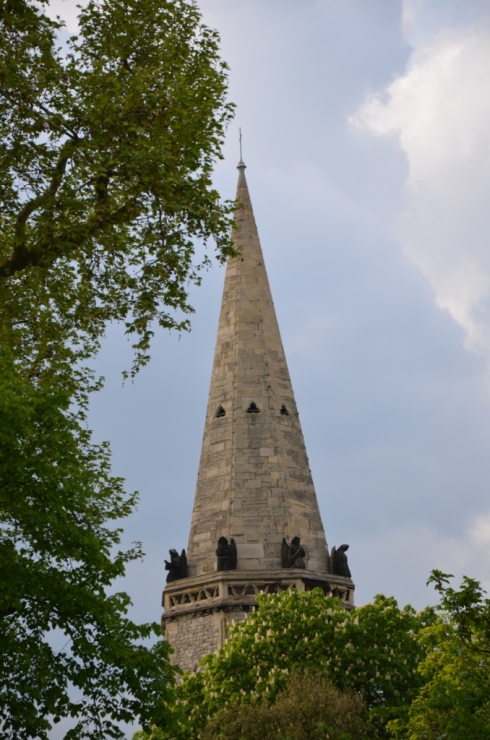 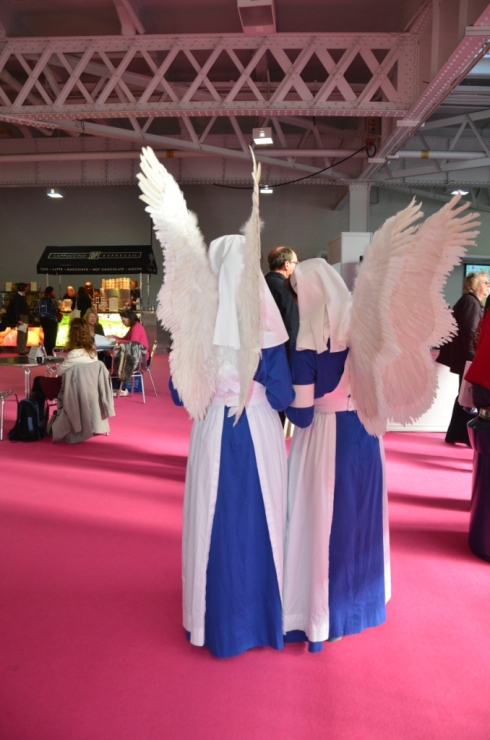 A light shines in a dark space. 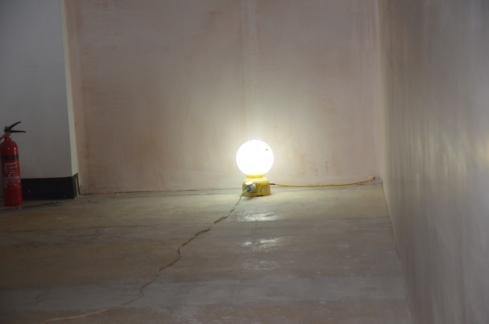 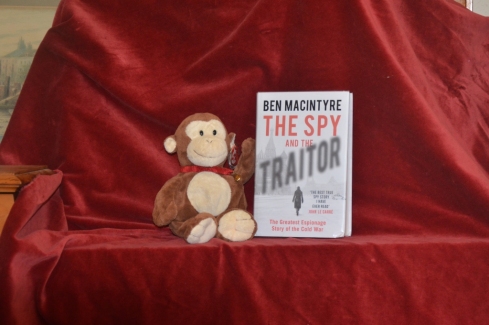 Ben Macintyre’s account of the career of Oleg Gorsievsky is as exciting as any thriller and hard to put down. Also, Jim found, hard to get out from under.

With a bit of effort, under the eye of the spirit of archives, he made it. 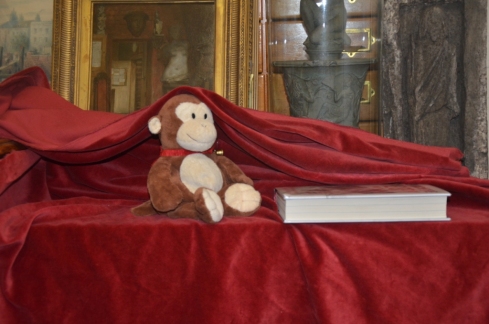 That turned out to be a pretty lengthy post in the end, but easier to write with many fewer word. The final Christmas post will be on Monday, after which I am assured, Isabel will be storming back with a new post for 2019.

This entry was posted on Friday, December 21st, 2018 at 7:31 pm and tagged with Kensington Central library and posted in 21st Century, Kensington. You can follow any responses to this entry through the RSS 2.0 feed.
« Christmas Days: pungently Burgundian
Christmas Days: a nice sleep »

3 responses to “Christmas Days: underground and round about”