Short posts: looking back at the Commonwealth Institute part one

As part of my continuing trawl through photographs from our Planning collection I’ve been looking at the section preceding and following Earls Court Road. This of course includes the Commonwealth Institute. I have an odd selection of images which wouldn’t hang together for one big post but make sense in small batches. Hence, a few more short posts. 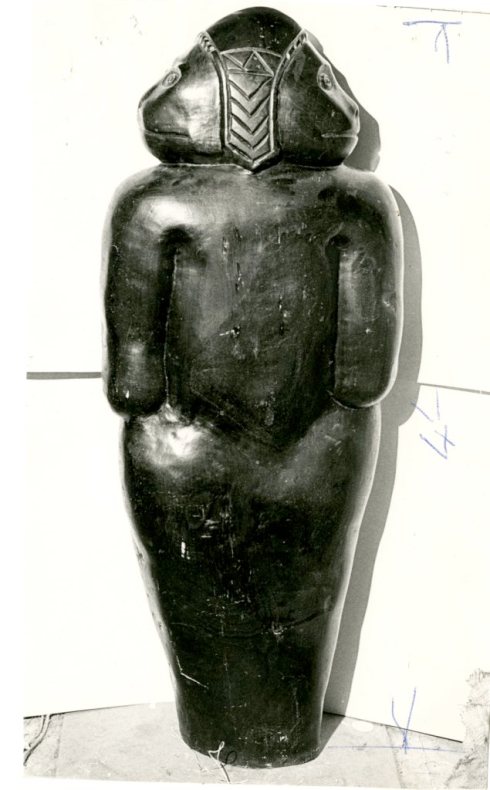 Well, some sort of stylised ape, maybe a baboon. West African I would think although I can’t pin it down any further. In this picture he is sitting peaceably on a stone floor. But that’s not why Planning had a picture of him. 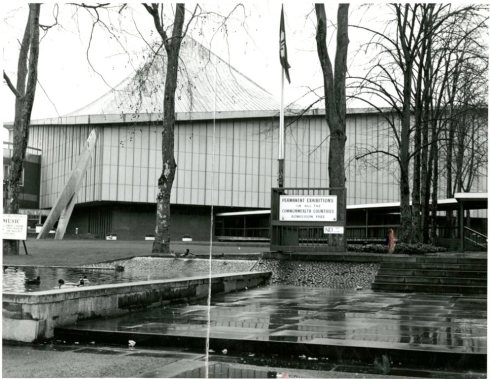 Can you see the place marked out for him on the right of the picture?

Here it is slightly clearer: 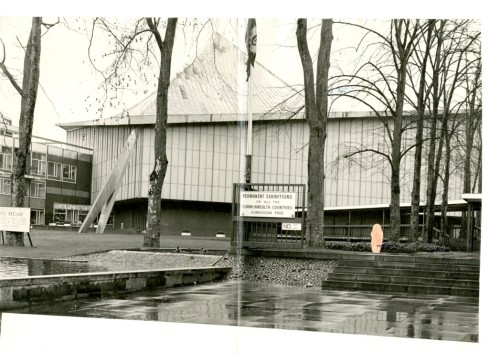 An orange shape next to the stairs and the path which takes you to the walkway entrance. It’s as though he was about to be beamed in, to materialize on a rainy day in Kensington.

Did it ever happen? Does anyone know?

Today of course the walkway is gone and one of the two Holland Green buildings stands in front of the former Institute. You still walk in that direction to get into the Design Museum, as my son and I did recently to see the Stanley Kubrick exhibition. ( Which finishes on September 15th so if you’re at all interested get down there quick. It’s well worth it. And it contains one image supplied by this department. Any guesses?)

More on the former Institute soon.

This entry was posted on Monday, September 2nd, 2019 at 3:04 pm and tagged with Commonwealth Institute, Kensington High Street and posted in 20th Century, Kensington. You can follow any responses to this entry through the RSS 2.0 feed.
« Short posts – the back of the card
Short posts – Bignell in the Park »

One response to “Short posts: looking back at the Commonwealth Institute part one”