Christmas Days: Realia: the god in the archive

Our third object is another long standing inhabitant of the archive rooms, and to be honest I don’t know much about it. I used to imagine it had been pulled from the river, but really I have no evidence it was ever underwater. We have a few odd objects like this, probably given to the Library by people  who just didn’t know what else to do with them. They have mostly taken their place on the rickety shelves of room SB03 along with other objets d’art and/or bric-a-brac, such as a policeman’s helmet, some municipal seals and a dish from Cremorne Gardens. 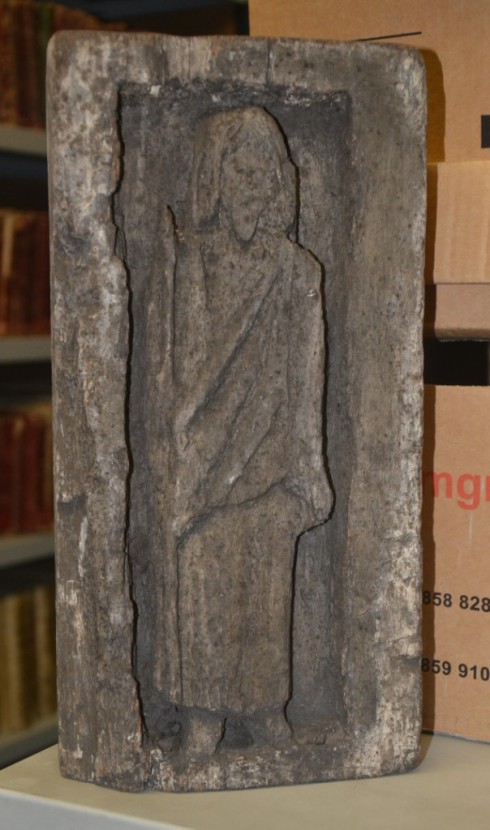 So then. A figure carved out of wood. (I actually promoted him to the climate controlled splendour of SB02 some years ago)

I called him Libros, and said he was the patron god of Libraries. Not very likely. I also used to say that every ten years he had to be soaked in the blood of a library assistant. There is no evidence that this ever happened.

No-one believed me of course, and such is the power of this local deity, no-one remembers the missing member of staff from 2010 either. 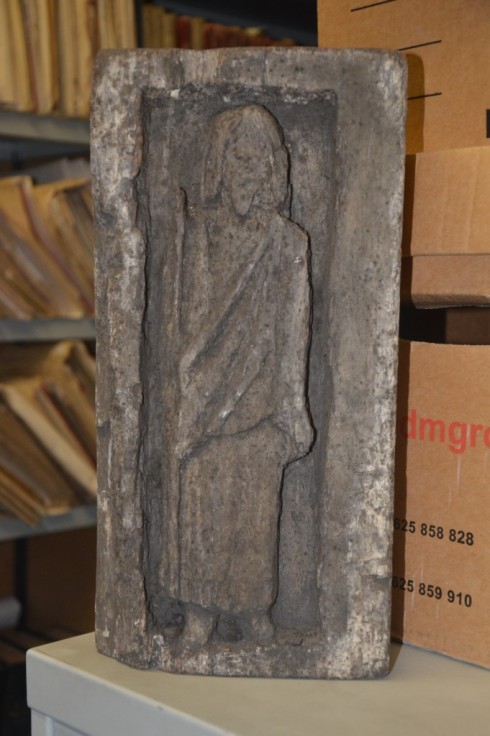 Monkeys were not particularly interested in having their photos taken standing next to this object so they retreated to a convenient shelf.

Today’s obscure book was going to be Veronica by  Nicolas Christopher (1997), a book I loved when I first read it which left me feeling good, in a way that tougher books like the previous two examples probably didn’t. I was sure it was on a shelf in the hall by the front door but it wasn’t there. I also realised that along with other obscure books I read in the previous century I don’t remember much detail. I looked at some reviews on Amazon and it seems that many others felt the same way as me. I got the impression it might have been a little like Lev Grossman’s Magicians trilogy (run, do not walk to get your own copies now should you not have read them). One reviewer mentioned Jonathan Carroll, which also sounds about right to me.  I’ve read many of his books. Are they obscure enough for this slot?  Possibly not, but I’m still going to mention The Land of Laughs (1980), Bones of the Moon and Sleeping in Flame (both 1987), books which take you in one direction and twist you around until you can’t believe where you ended up.

I’m going to carry on searching for Veronica and read it again before saying anything else about it. I had settled on White Stone Day by John MacLachlan Gray a mystery set in Victorian London featuring an investigative journalist, which has the same realistic view of the period as Michael Faber’s much more famous The Crimson Petal and the White.  Both of them are a bit grimmer than the book I first intended to mention.

Other grim news comes in the form of the death of Scottish writer and artist Alasdair Gray. Lanark (1981) was an instant classic, a work which seemed to spearhead a revival in modern Scottish literature. His other books, such as Unlikely Stories Mostly and 1982 Janine (both 1984) have been praised in pieces about him in the media. But also consider the deeply suspect and possibly subversive Something leather (1990).

The quote (not his won but much used by him) which has been repeated in recent days is still relevant to our times “Work as if you live in the early days of a better nation.”

This entry was posted on Monday, December 30th, 2019 at 3:06 pm and posted in Chelsea. You can follow any responses to this entry through the RSS 2.0 feed.
« Christmas Days: realia: the girl in the fountain
The same gates »