Trelawny at the Royal Court 1898

Currently playing at the Donmar Warehouse in London’s West End is a modern version of Arthur Wing Pinero’s play of 1898, Trelawny of the Wells, directed by the well know film director Joe Wright (Atonement, Pride and Prejudice, Hanna). Here are two of the actors: 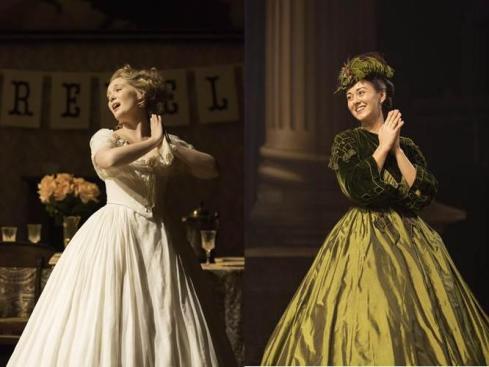 The characters of Rose Trelawny and Imogen Parrott , played by Amy Morgan and Susannah Fielding. Back in 1898 the play was first performed at the Royal Court Theatre in Sloane Square. Rose Trelawny was played by this up and coming actress: 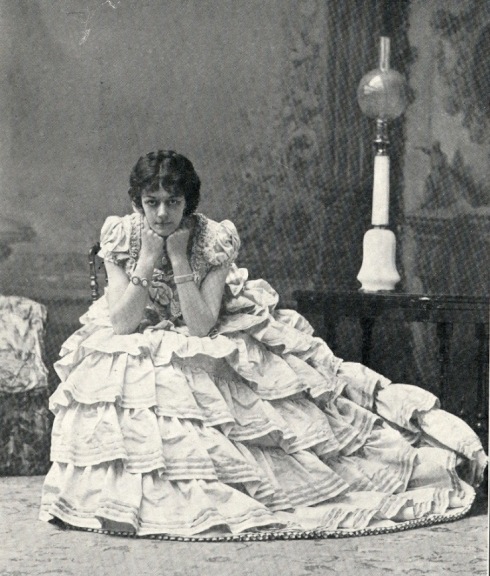 Irene Vanburgh,  who had known Lewis Carroll when she was 16, became one of the most famous stage actresses of her day and was later made a Dame,  here in a picture captioned “Oh, this dreadful half hour after dinner, every, every evening.” 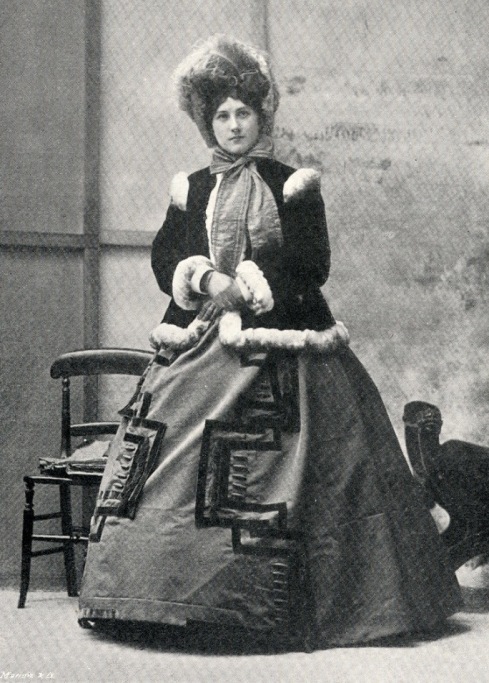 The interesting thing about Trelawny for me is that it has always been a historical play. We’re used to costume dramas on television and film so the two modern actors don’t look odd to us – it’s just the past, when quaint costumes were worn. But the costumes the 1898 cast were wearing were also old fashioned to the “modern” audience. The play is set in the 1860s and one of the themes is how the old melodramatic styles of theatre were giving way to realism. But a large part of the comedy in 1898 was the 1860s themselves – “the scarecrow period of British taste” as Malcolm C Salaman calls it in the official souvenir programme of Trelawny. He looks back at the 1860s in much the same way as modern commentators look back at the 1970s (the decade that taste forgot etc). The principal target of the comedy is the costumes of the women, specifically the crinoline dress to which he devotes the first six pages of his text. Here is a typical sample:

“..and see winsome Rose Trelawny, pretty Imogen Parrott and comely Aviona Bunn …in their flounces and frilled frocks of enormous circumference, to their pork-pie hats with feathers, or coal-scuttle bonnets, their back hair hanging in baglike nets of chenille, their elastic-sided boots, and their garish parasols assisting an incongruous complication of colours, are not our aesthetic sensibilities tempered with tender complacency, as we realise a sense of old-fashioned quaintness we remember that our mothers used to be garmented even so, while in such apparel were our maiden aunts wooed and won?”

Salaman goes on at some length even listing different varieties of crinoline and quoting from old catalogues. I realised that for him and his readers, crinolines were not only amusing but also unfamiliar. After all they weren’t able to watch adaptations of Dickens or Trollope every evening on TV as we can, and none of them had ever seen The King and I or the Innocents (the film of Henry James’ Turn of the Screw) for me two of the most striking examples of crinoline wearing in cinema (oddly both of them starring Deborah Kerr). So maybe we can forgive Mr Salaman’s obsession.

Unfortunately we can’t see the colours he mentions but here are some more of the costumes: 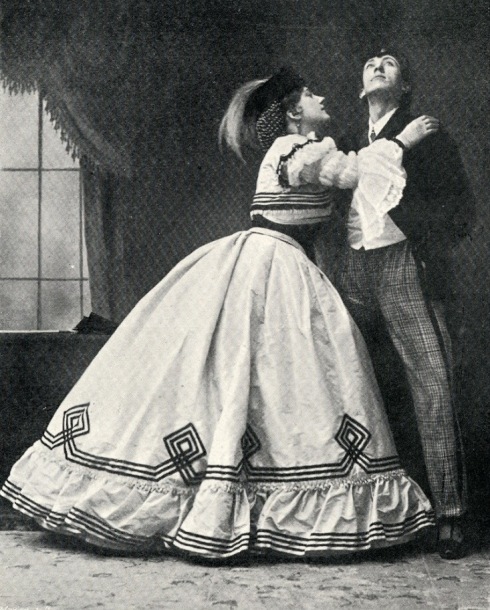 A bit of comedy going on there with some other members of the cast.

The man’s whiskers attempting to compete with the crinoline in this picture, and below a distinct touch of melodrama:

I’m at a bit of a disadvantage having never seen or read any version of the play so I don’t know who the white haired actor is playing but he certainly looks like he’s in a melodrama.

Here he is in two scenes with Irene Vanburgh:

Good pointing there, and a touch of Svengali in this one: 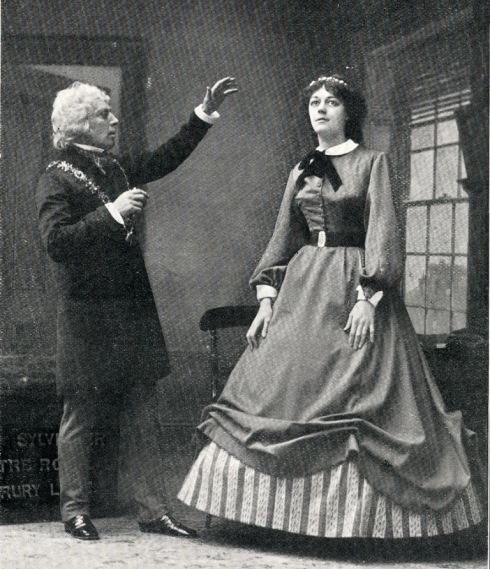 There were sub-plots involving comic servants:

And a number of scenes involving several cast members sitting around:

This is a scene from the play within the play – “Life: a comedy, by Thomas Wrench”. I think this would be another ( or a rehearsal):

As you can imagine it all ends well, with a toast:

The lovers are happily united:

Did Arthur Wing Pinero imagine that in 2013 he would have two plays on in London? (The Magistrate, featuring John Lithgow recently finished a run at the National Theatre). Did he think that audiences would still be enjoying Trelawny of the Wells over a hundred years after its first performance? He would have been pleased I’m sure but perhaps not entirely surprised. The caption for this picture reads: “Isn’t the world we live in, merely a world – such a queer little one!” 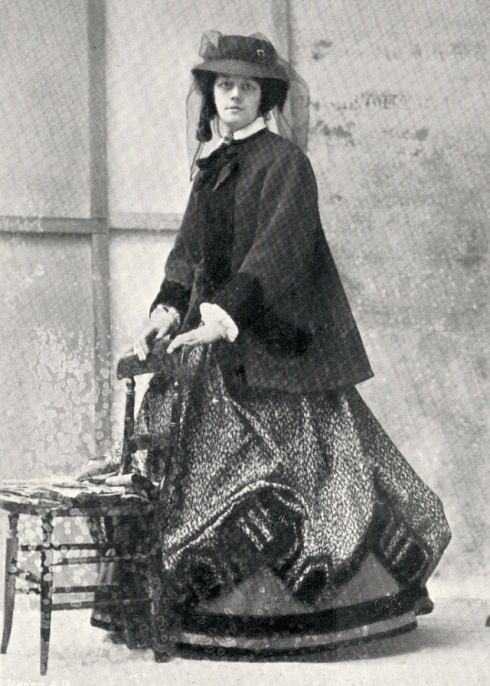 I’ve written a companion post to this one – A brief history of the crinoline, which is on the RBKC Library blog here

If  like me you like to consult imdb while watching TV you may appreciate the fact that  John Lithgow appeared in a production of Trelawny as a young man in which the role of Imogen Parrott was played by Meryl Streep. Here is a picture to prove it:

No crinoline visible there.

Pictures from the current production of Trelawny are from the Donmar Warehouse website where there is an excellent gallery of images.

Try Googling Trelawny for more, including a colourful version staged in Pitlochry and the version with Lithgow and Streep.