Niddry Lodge: not the Tower of Babel

The original Niddry Lodge was one of the buildings built by Stephen Bird on the patch of land currently occupied by Kensington and Chelsea Town Hall and the Central Library. Bird built a house called Hornton Villa (later known as the Red House) for himself and kept most of the rest of the property as his garden. But he built a second stucco villa at the north western section of the house with a smaller but still generous garden. Its first occupant was a general. He lived there till 1843 but it was the next owner the  Dowager Countess of Hopetoun who must have given it the name Niddry Lodge after one of her husband’s other titles.

This photo shows the two houses in 1972 just before their demolition. Niddry Lodge is on the left.

The Survey of London devotes just a paragraph to Niddry Lodge ending with the owner who followed the Countess in 1854.

The house was in some ways an ordinary early 19th century suburban villa. The inhabitants lived quiet comfortable lives we can probably assume. Here is a view of the south front in 1954.

But the most interesting part of the house’s history occurred in the last decade of its life.

As you can see the sign on the gateway now reads The Linguist’s Club / School of English. Beyond those unassuming walls lay a unique establishment.

The Linguist’s Club was founded in 1932 by A T Pilley (Ari Thaddee, known as Teddy) who had been born in Paris of Polish emigree parents who moved to London when he was 4 years old. The Club was intended as a meeting point for linguists, translators, language students and anyone with an interest in languages. It was also a club for dancing, watching films, travel and general socialising.

During the war Pilley served in the RAF and at Bletchley Park. Afterwards he became well known as a linguist, and the co-founder of the International Association of Conference Interpreters and the Institute of Linguists.

I don’t think it would be overstating the matter to say that he believed in promoting international co-operation and understanding through the teaching of languages. The Linguist’s Club motto was: Se comprendre, c’est la paix (Mutual understanding is peace)

[Cartoon and article from the Evening Standard in 1960]

The Linguit’s Club had premises in Holborn and in Grosvenor Place but when the Club moved to Niddry Lodge in 1965 the larger premises allowed Pilley room to fulfill all his aims for the club on a bigger scale. 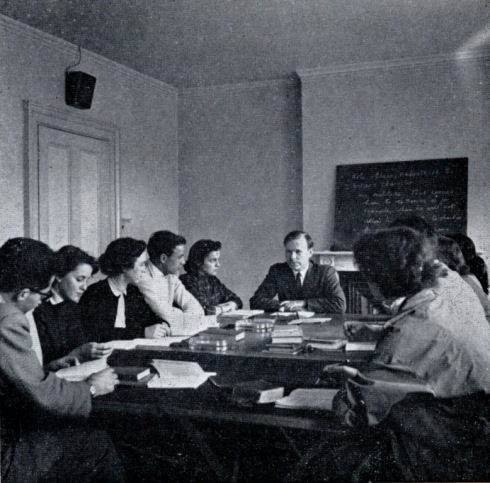 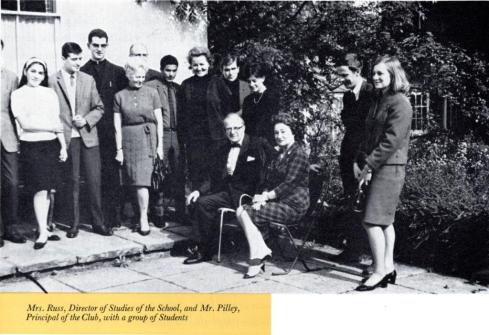 Talking to the students.

Outdoor teaching and discussions in the still substantial garden.

High tech aids – these look quaint to us but Pilley was actually a pioneer in this area and had designed portable equipment for simultaneous translation at international conferences.

The Club stayed at Niddry Lodge until 1972 when the Council needed to demolish it as part of the development of the new Town Hall. 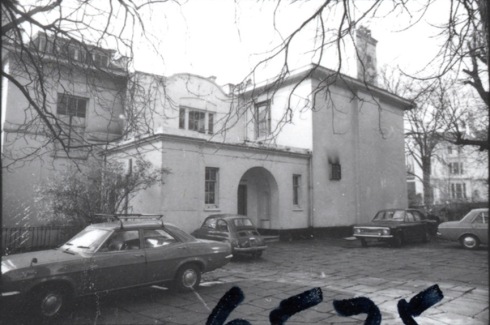 I have a few images from this time on contact sheets.

This one shows the main entrance with the Club name still above the door.

Below some assorted pieces of furniture with one of the original fireplaces. 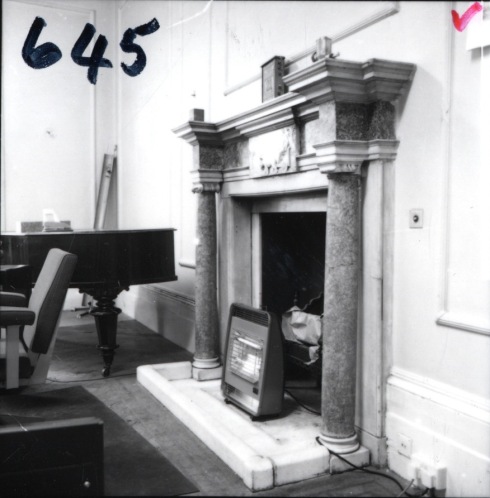 Finally, a view of the site before demolition began.

Niddry Lodge just visible between the trees, safe in its garden for a short while longer.

My thanks to Eleonora Pilley who first told me about the Linguist’s Club and her father Peter Pilley who sat down with me to talk about his father Teddy and the Club. Once again the blog has introduced me to people with a fascinating story to tell.

The name Niddry Lodge lives on in the section of the Town Hall building which has been rented out and now has its own address, 51 Holland Street.