Hogarth Road is opposite Earls Court Station. Walk up it away from the station and veer left. You’ll come to an alley called Hogarth Place. Take that and you’ll be in Kenway Road. Carry on walking and you’ll find a pedestrian way through to Cromwell Road, coming out near the Cromwell/Bupa Hospital. Cross the Cromwell Road and Marloes Road will take you to Wright’s Lane and ultimately to Kensington High Street. If you’re walking, that’s the quickest way. I’ve done it plenty of times to get from Brompton Library back to Kensington Library. I never fancy going all the way to Warwick Road to get the bus to the High Street. (They only go one way on the southern section of the Earls Court Road). So I know that bit of Hogarth Road and Hogarth Place quite well.  I hadn’t realised that this was the area our wandering surveyor Bernard Selwyn called home. He devoted a lot of time to recording building work, details of the walls and roofs  and pictures of the streets nearby from many angles. 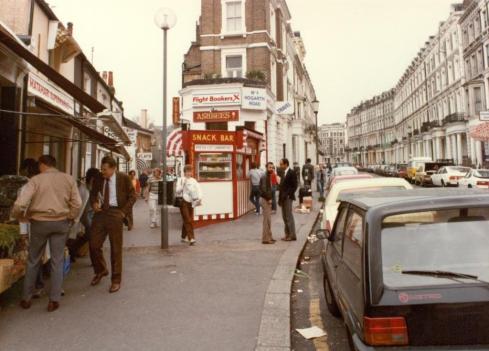 Looking down Hogarth Road and Hogarth Place in May 1984. A typical day in early summer, the people heading towards and away from the Earls Court Road.

These are unlike many of his other pictures which are purely about the buildings. These are also about the individuals on the sreets. 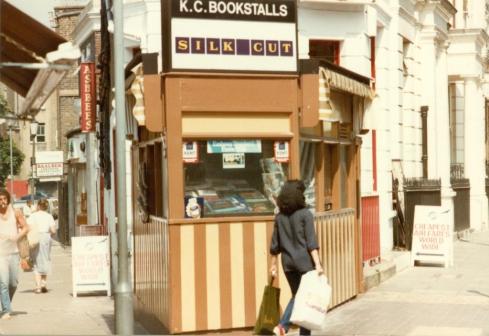 The pre-occupations of the the shopfronts – food, flats and videos.

Cars parked in every posssible spot. 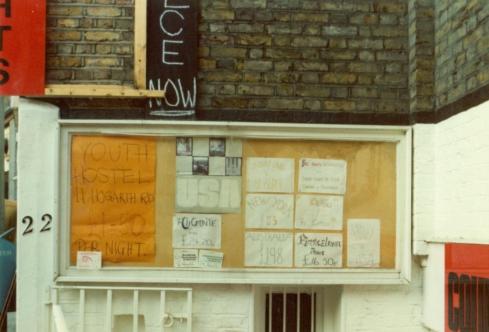 Maybe waiting for something to happen.

I love that jacked up Merc.

Selwyn lived in an upper floor flat and had access to the roof, so he could take pictures like this:

Life observed from a high perch.

And down at ground level.

Summer evenings at the pub.

I think someone spotted him taking the picture. I expect people were more relaxed about that in 1979.

Even on a wet November day he liked it.

But it was best in the summer.

I was intending something quite different this week but that is going to take a little longer and lots of people seemed to like Selwyn’s look at Shepherd’s Bush so I moved this post forward. The late 70s and early 80s don’t seem all that long ago to me. Do you kn ow any of the people in these pictures?

Or maybe that’s not so likely. The one thing that was true about Earls Court then was that many people came there and moved on just as quickly.

Oh and if the text seems a bit slight this week, my apologies. I’m at home witha cold. But the blogging never stops.

This entry was posted on Thursday, September 22nd, 2016 at 7:31 am and tagged with Bernard Selwyn, Hogarth Place, Hogarth Road and posted in 20th Century, Earls Court, Kensington. You can follow any responses to this entry through the RSS 2.0 feed.
« On the border 3: Selwyn in Shepherd’s Bush, 1971
Robinson and Shakespeare: dark humours »